Since 2010, Jumbos have won 15 national championships, including three each for our softball team and men's lacrosse team. This year, our men’s soccer team brought home their second national championship in 3 years. Women’s basketball reached their 4th consecutive NCAA Division III Final Four. Mitchell Black (E ’16) won his 4th National Championship in the 800-meter for men’s track, also receiving one of two NCAA 2016 Walter Byers Postgraduate Scholarships. He is the first recipient ever selected from the New England Small College Athletic Conference (NESCAC). Click through the photo gallery at the bottom of the page to see some athletes in action! 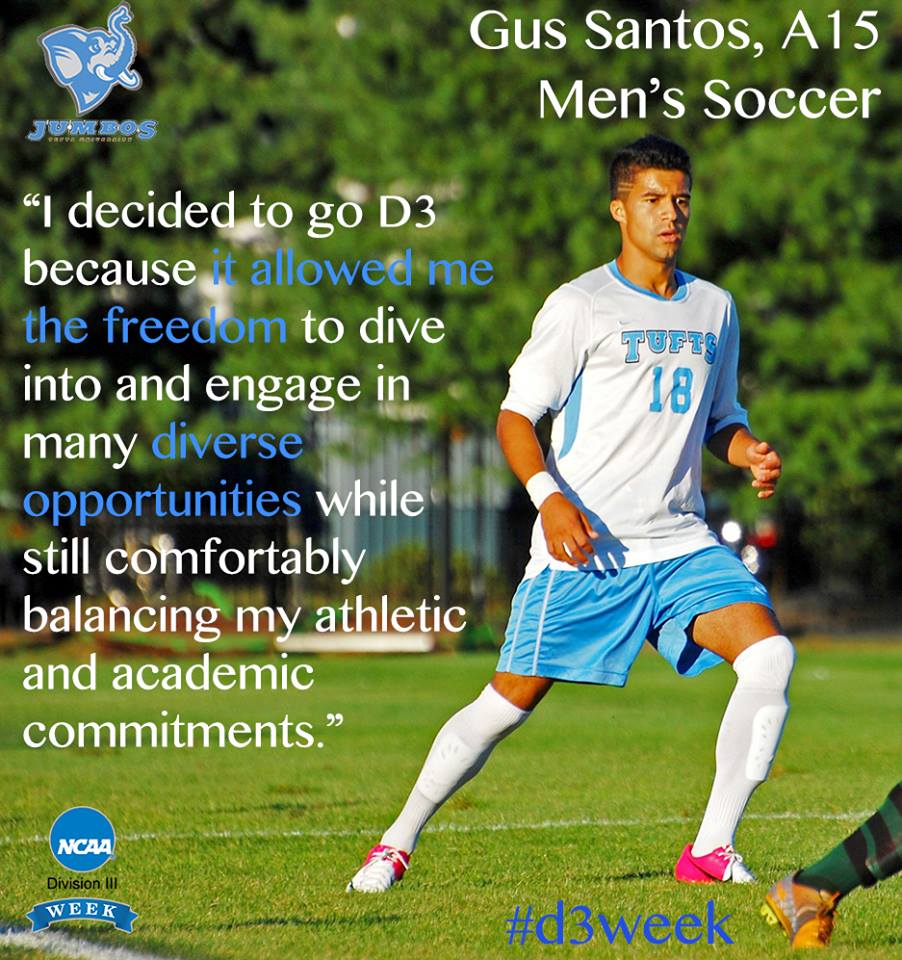 What distinguishes Division III of the National Collegiate Athletic Association from other divisions is that Division III schools do not offer athletic scholarships, and must follow rules that seek to manage the time that players devote to sports. It is a division that provides an environment where players take great pride in their athletic commitment, but not at the expense of their academic experience. As true student ­athletes, Tufts students have genuine love for athletics and take their sport to be collaborative with their studies, not in competition with it. 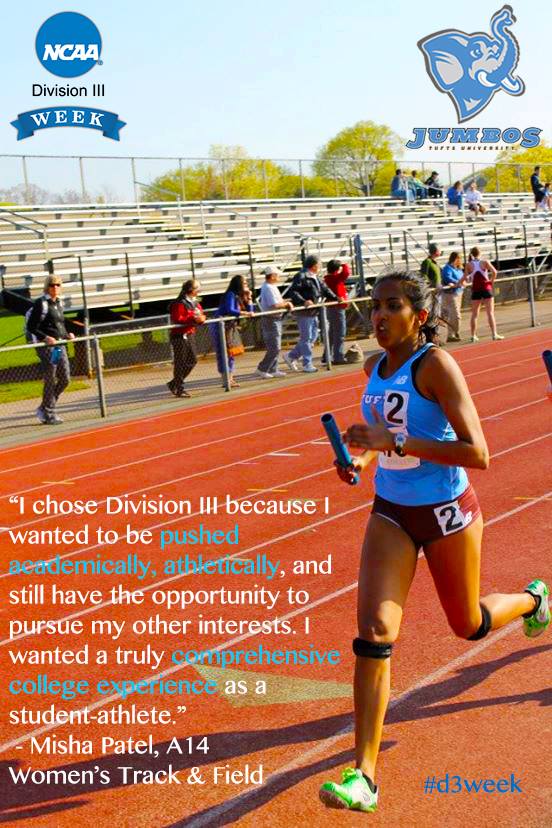