The energy of the Tufts community is due in no small part to the mix of people. Jumbos come from a range of backgrounds and bring diverse talents, opinions, interests, and experience to the table. It almost makes more sense to talk about "diversities" rather than "diversity." As you continue with your college search, we hope you’ll consider joining us for the Voices of Tufts Diversity Experiences during the fall of your senior year so you can experience the Tufts community in person.

We invite you to explore our many centers and resources in our interactive Diversity Map.

Tufts students arrive on our campus from nearly all fifty states and over seventy countries – from Cape Cod to the Florida Keys, from Long Island to the Rio Grande Valley, from Brazil to Bahrain. They travel from as near as Highland Avenue in Somerville’s Davis Square and from as far away as East Tamaki Heights in Aukland, New Zealand. They come from small towns like Fort Thompson, South Dakota on the Crow Creek Reservation and from the hearts of major cities like Shanghai, Mumbai, and NYC.

21 percent of Tufts students hold a foreign passport, including foreign citizens, US permanent residents, and Dual US citizens, and they represent 110 countries of citizenship. The International Center serves as an academic and social resource for international students, working to raise intercultural awareness, increase knowledge of immigration laws affecting the Tufts international community, and advocate for a campus climate that respects cultural differences.

Coursework related to race and ethnicity can be found across numerous academic departments at Tufts, most notably in the Department of Studies in Race, Colonialism, and Diaspora, which facilitates several majors and minors in the disciplines of Africana Studies, American Studies, Asian American Studies, Colonialism Studies, Latino Studies, and Native American and Indigenous Studies. Additionally, the Center for the Study of Race and Democracy at Tufts serves as a space for research, events, and programs related to histories of activism for racial and social justice. The CSRD signature programs include the African American Trail Project, a public history archive of social change movements in Boston’s Black communities.

Since 1852, Tufts has been committed to the vision of its founders to educate all people, regardless of their socioeconomic background. Today, approximately 10 percent of students are the first in their 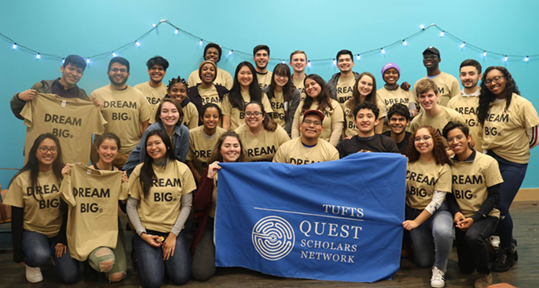 family to attend college. Our first-generation students build community through the FIRST Resource Center, the optional first-year advising seminar for first-gen students, a faculty/staff mentorship program, and a pre-orientation program, BEAST (Building Engagement and Access for Students at Tufts). About 40 percent of Tufts students are financial aid recipients and 12 percent receive Pell grants. We award more than $80 million in financial aid to undergraduate students each year and Tufts meets the full demonstrated need of all admitted students, regardless of citizenship, for all four years. Read more.

We are proud that, at Tufts, women take especially strong roles in the sciences and engineering. More than one third of Tufts engineering students are women, and the percentage of female faculty is almost 10% over the national average. The Women's Center at Tufts is a space open to all students interested in issues broadly related to the experiences of women, the impacts of sexism and misogyny, and the role of gender in our lives. In the School of Arts and Sciences, Tufts’ Women’s, Gender, and Sexuality Studies major is available to students interested in an interdisciplinary approach to studying the history of sexuality, queer theory, and the way gender roles influence social, political, and economic life around the world.

Tufts is included in Campus Pride’s top 30 LGBTQ-Friendly Colleges and Universities. Tufts' LGBT Center supports the needs of lesbian, gay, bisexual, queer, and transgender students, faculty, staff, and alumni in an intentional and welcoming environment. Tufts boasts a number of LGBT student organizations (like the Queer Student Association), a first-year peer leader program (Team Q), weekly discussion groups (like T-Time), and an LGBTQ-themed housing unit (Rainbow House). Along with the LGBT Center, these groups sponsor speakers, movie nights, and other social and educational events for LGBTQ students and allies. Tufts has an open housing policy, which means we don’t use gender as a determining factor for housing arrangements, and students are free to create living situations that work for them. Tufts’ student medical insurance plan includes services for transgender students, including hormone therapy and gender reassignment surgery. The greater Boston area is particularly welcoming to its large number of LGBT students and Massachusetts is famous for being the first state to legalize same-sex marriage and for having some of the strongest antidiscrimination statutes in the country.

Tufts students are Christians and Jews, Muslims and Buddhists, Hindus and Sikhs, atheists and agnostics. The University Chaplaincy provides interfaith services and programs, serving as an umbrella for religious life at Tufts. On campus, you’ll find weekly Buddhist, Catholic, Jewish (Reform and Conservative), Hindu, Muslim, Protestant, and Unitarian Universalist services. Off campus, the Medford/Somerville area is home to a number of religious communities.

Tufts professors in the Department of Religion are specialists and researchers in Buddhism, Hinduism, Jainism, Christianity, Islam, and African Diasporic religions. The Judaic Studies major and minor combine the study of the Hebrew language and the religious texts and practices, culture, and history of the Jewish people.

The heart of our diverse community is a student body with different ideas, opinions, and perspectives. In the classroom, Tufts students are engineers and artists, scientists and writers. Outside the classroom, Tufts students are Democrats, Republicans, socialists, athletes, photographers, ROTC cadets, journalists, volunteers, dancers and a cappella singers. All have an intellectual curiosity and passion for ideas that drives discussion in class and out.

Tufts is home to a collection of identity-based resource centers that work independently and collaboratively to develop knowledge of and appreciation for diversity at Tufts. Staff members at each Center advise and advocate for specific communities and serve as resources for all students, faculty, and staff. They are the Africana Center, Asian American Center, FIRST Resource Center, Latino Center, LGBT Center, and Women’s Center.

Meet the current students who help expand diversity and access in the Tufts admissions process. 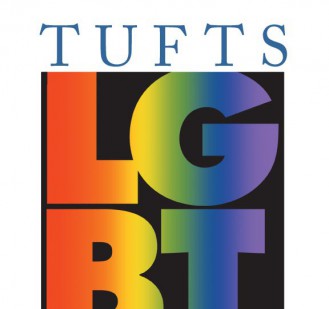 Tufts Listed as One of the LGBTQ Friendliest Colleges and Universities

Campus Pride has released its yearly list of the top 25 LGBTQ friendly colleges and universities and Tufts made it on the list! As someone who has become very much involved…

Serves as a STEM (science, technology, engineering, and math) umbrella organization for the various diversity programs and clubs on campus