Tufts Engineers Without Borders in Uganda

It was 9:00 pm on the first night, and travel team member Kyle (affectionately known as Jesus by the community due to his uncanny resemblance to the historic figure), announced his intention to use the latrine, a cramped mud hut with a 30m deep hole. Now Kyle is a well-traveled man, having been to the likes of India, South Africa, and Rwanda; however, he has a chronic fear of spiders. Needlessly to say his frequent trips to the latrine caused him much anxiety, and led him to thoroughly inspect the latrine before each use. This one night in particular there were several spiders - and according to him they were the size of his hand. This resulted in a stalemate between his fear of spiders and his bodily functions. During the attempt to assuage his fears, our host Samuel overheard the conversation and proposed a solution: fire. Those poor little spiders were torched from their home to make way for Kyle. So much for blending in to the local culture!
We traveled to Uganda this winter as members of Tufts University’s chapter of Engineers without Borders. So instead of snowdays and shoveling driveways, we enjoyed sunburns and more warmth than anyone could ever need. (However, one of the villagers would don a winter coat if the temperature ever got near 70 degrees.) Our group has been working on a clean water access project in the small village of Shilongo, Uganda for the past several of years. Our current focus is the construction of an automated pumping system with a water storage tank. The goal of the project is to reduce wait times for the only clean water source accessible to the village thus improving local health. 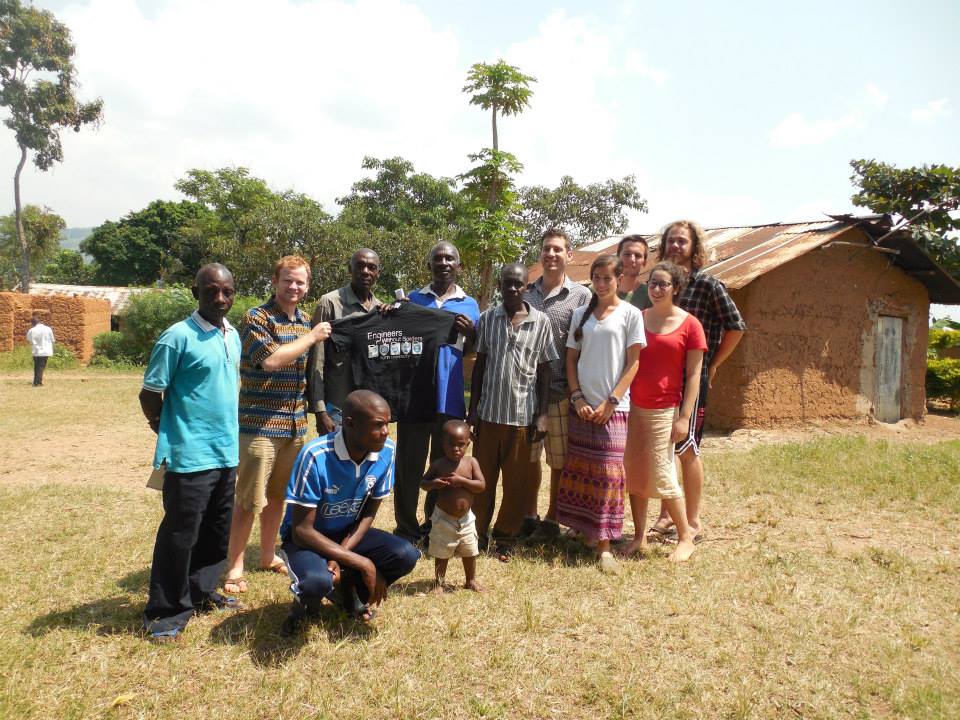 As usual with trips like this, the plan almost always changes when we reach the village.  As students we plan and prepare as much as possible, but ultimately the village must assume ownership and responsibility of the project, meaning their input should determine the ultimate course of the project. In terms of our trip, this meant that the water storage tank designs were significantly altered by some of the village leaders once we showed them the plans, leading us to trust their judgment over our own. So shortly after our arrival, the construction of the new tank began. 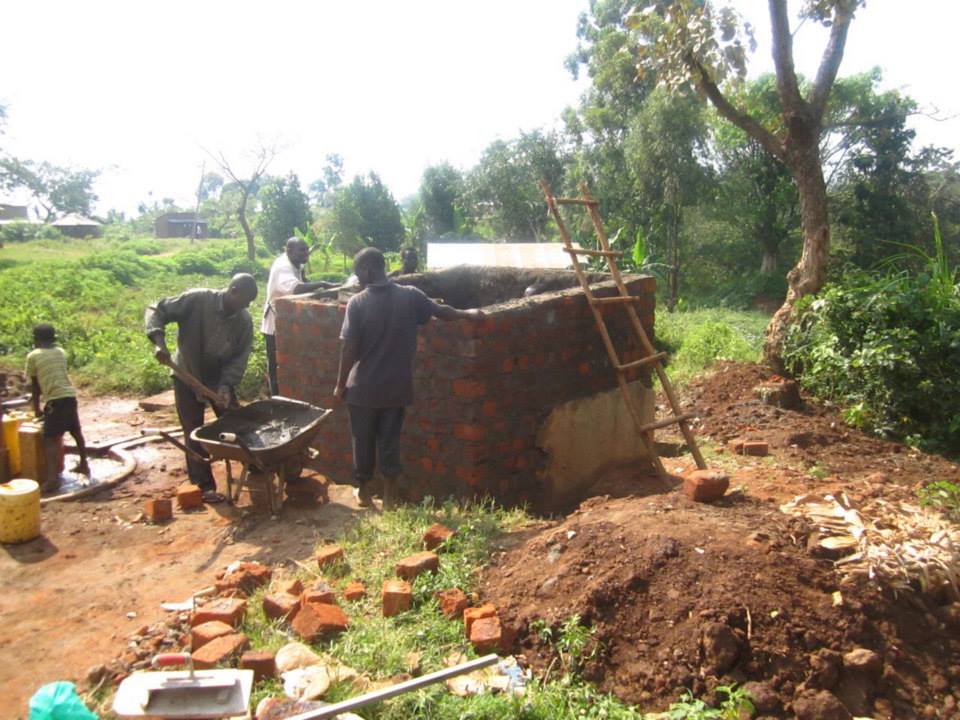 In addition to the actual construction of the tank, which took almost an entire week to complete, we also conducted water quality tests on the various other water sources in the village to determine contaminant risk levels. Additionally, we used the extra time to visit component manufacturers in the nearby town of Mbale for the second stage of our implementation. 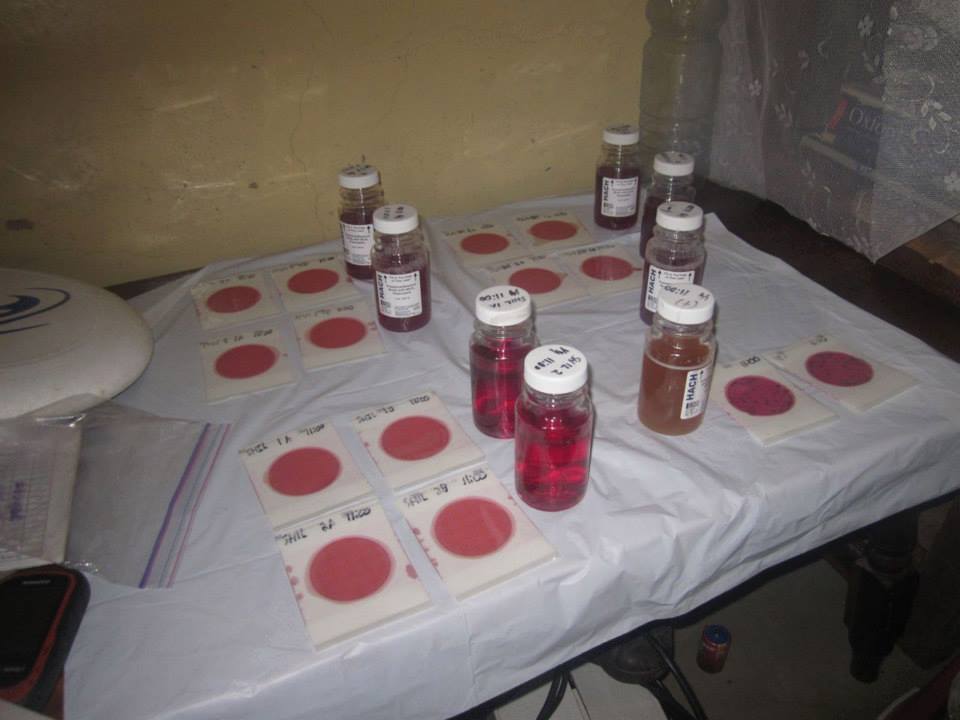 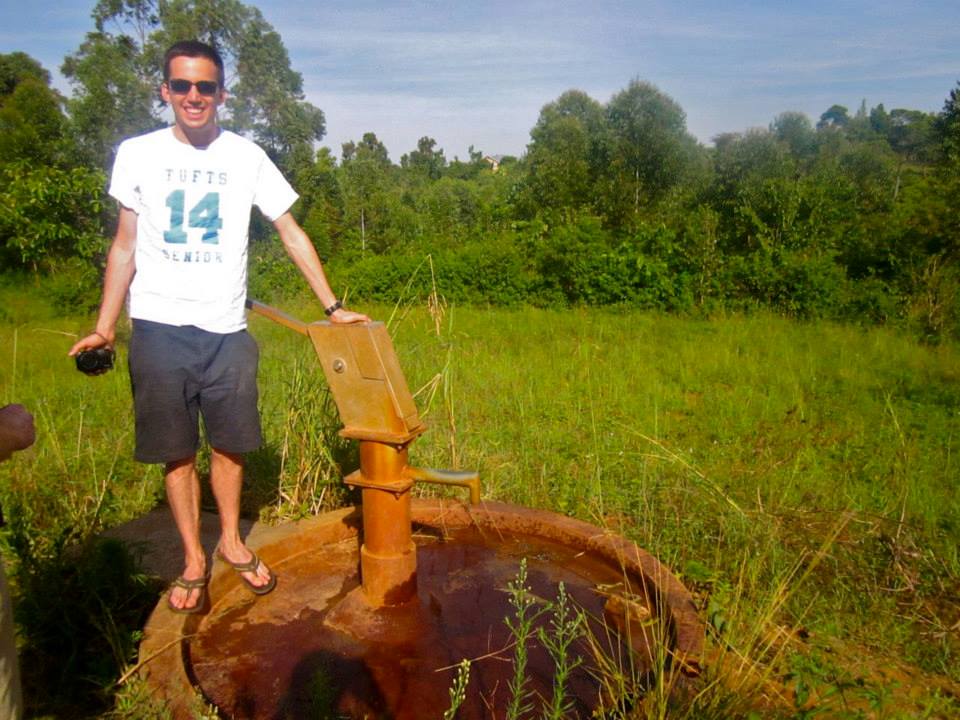 There is an unfortunate occurrence in many small African communities where the Mzungu, or the foreigner, comes with money and a mission that disregards the needs of the community. These projects often have the best intentions, but since they don’t garner full community support or input, they lack sustainability.  It was therefore one of our primary goals to ensure that our project addressed a primary need of the community and that through our partnership they would assume ownership of the design. Over the years, this issue has become easier to solve due to the development of a more trusting relationship through our consistent trips to the area. Living in the village, drinking borehole water, playing with the children, and climbing the mango tree have given us a more thorough understanding and love of the community we are working with. We hope to see this bond between the community and our project chapter continue to grow stronger in the years to come.
Abby Barker and Peter Lewis are both seniors on the cross country and track team.  Abby is majoring in civil engineering, and Peter is majoring in mechanical engineering.
About the Author
Posted In
Engineering