I just turned 18 years old, and my best friend and their mom had just taken me out to a fancy hotel for the VIP treatment. I was so happy. I thought that a new chapter was starting in my life that day. Then, on the ride back home, on a cool autumn day, I received a phone call.

“Where are you? I need to talk to you,” she replies in an anxious voice.

“I’m in the car on the way back home. What’s wrong?” I said, worriedly.

*Pause* “We have to be out of the house in the next week,” she finally says. “We got the last eviction notice.”

I was raised on the Gulf Coast of Mississippi by a single mother who, unfortunately, could not keep a job for very long. In September of my senior year of high school, I was both devastated and lucky – my mother and I had been evicted out of our apartment because she had lost her job back in June of that year, and my best friend’s family took me in as one of their own. In October of that same year, I found out I was a QuestBridge finalist (YAY!), and then in December, I received the news that I was not matched with one of the partner colleges/universities for QuestBridge. That day, I thought that I wouldn’t be going to college. 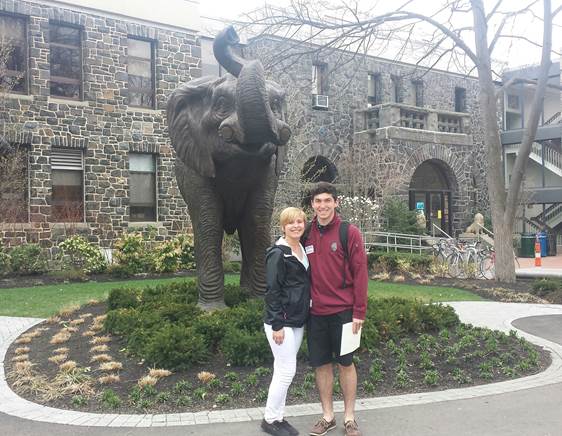 Little did I know that on April 1st, just four months later, I’d be accepted into a university that was my unknown dream. Since I applied to over twenty schools, I had completely forgotten that I sent in my application through QuestBridge to Tufts. I like to think that Tufts chose me, and I had no reasons to say no.

My very first time visiting Tufts was during Jumbo Days. Before coming, I was in a dilemma: my high school band was going to Disney World to march in the Disney night parade the same weekend as Jumbo Days, and I was captain of the color guard and spent my entire senior year fundraising just so I could go. I was torn, and I had talked to my high school counselor, my band directors, and some of my teachers. They had all said the same thing, “Go to Tufts because this is the once in a lifetime opportunity, and you can’t choose a school without visiting it.” However, I was determined and after a lot of contemplating, crying, and wishing, I finally just called Tufts Admissions Office to ask if there was any way they could possibly fly me down to Orlando instead of Mississippi just so I could spend, at least, the one night we were supposed to march in the night parade. Long story short, I cried tears of joy after finding out that not only was I going to visit Tufts, but I was also going to Disney world, all in one week.

Before even arriving at Jumbo Days, I made my decision. Upon arriving, meeting the admissions officers, talking to current students and other admitted students at, and exploring the campus (as well as Davis Square), it only solidified my decision to become a Jumbo. Almost two years later, and words cannot express the amount of joy, gratitude, and excitement I get when Jumbo Days rolls around. Coming to T 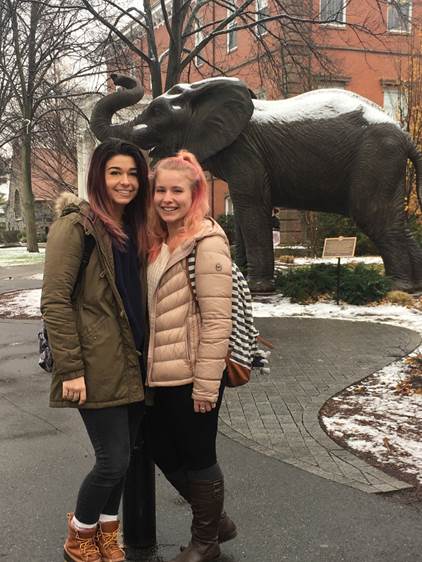 ufts has been one of the best decisions I have made so far, and all the opportunities Tufts has given me has only solidified my decision even more. Tufts has given me, a low-income, first generation college student, the best opportunity I could imagine: a liberal arts education without the financial strain on my family.

I urge you, admitted students, to attend Jumbo Days, to talk to current Jumbos, to ask those hard questions, to explore Tufts and Boston, and most of all, picture Tufts being your second home because in the fall, you will begin to make it home. Before you know it, you will be calling it home. Tufts is my home, and I could not picture myself anywhere else (maybe in Disney World, but that is another dream).