The Group of Six Series: The F1R$T Resource Center 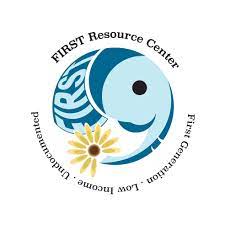 I remember filling out my Common Application and one of the questions asked me whether I identified as a first-generation student or not. In Brazil, the idea of being the first person in one's family to go to college is so common that celebrating this huge achievement isn’t a big deal. Most of my parents’ generation didn’t go to college because it was a privilege of the wealthy.

The Tufts definition of first-generation is the same as defined by The Higher Education Act of 1965, which considers a student to be “first generation” when neither of a student’s two parents hold a bachelor degree, or in the case of a single-parent family, when the primary caregiver does not hold a bachelor degree. But the First Generation Student Council at Tufts doesn’t define “first generation,” allowing anyone who self-identifies as a first generation student to join initiatives targeting first-gen students. If you identify as a first-generation student at Tufts because either only your older sibling went to college or because you are an international student whose parents went to college in your country of origin, you can take advantage of the resources that Tufts have put in place to support the first-gen community on campus.

The F1R$T Resource Center is the space at Tufts that creates a community of support and to develop a network of resources for Tufts’ first-generation, low-income, and undocumented communities. F1R$T facilitates first-year seminars (usually worth 2 SHUs) where students can learn about the hidden curriculum at Tufts, a concept that basically means opportunities that are automatically available to white and wealthy students because of their connections and legacy status (i.e. networking, resume-building, internship searching skills). F1R$T wants to ensure that first-gen students are empowered and prepared to reach their full social, professional, and academic potential.

The F1R$T Resource Center has created programs that target first generation students in order to address the challenges of attending a predominantly white and wealthy institution. Programs such as BLAST and BEST aim to decrease the disadvantages first generation students face by providing students with the opportunity to take two classes at Tufts before matriculation. BLAST and BEST are great programs, but are available to a very select number of students. These programs not only take into consideration first generation status, but also income and the number of students from the same high school who were admitted into comparative colleges.

The Next Big Step as a First-Gen Student

First off, I just want to say congrats! You made it. Pat yourself on the back for getting through the anxiety of exams and standardized tests, having…

I’ve been with the Diversity Admissions Council for 2 semesters now and one of the MOST common questions that I get from prospective students is: What…

Doing Groundbreaking Research During a Pandemic

When I was applying to college, I wanted to go somewhere I could be involved in groundbreaking research projects. I wanted that Black Mirror experience…