That Thing. On Your Head

But to get back to my story; I was just driving out of a parking space one day, when along came a young veiled woman who saw me hesitate to drive my car out, and she turned round and said to me under her veil: “Well then, darling, are you going to knock me down?!" - Pierre Bourdieu, Picturing Algeria

Disclaimer: If you’re looking for an in-depth all-encompassing political/ideological discussion on the hijab, you won’t find it here. The following is a personal account of my ex-hijabi status and may contain mild cultural angst.

It’s hard to get away from the fact that the hijab is a statement, whether or not you intend it to be one. Not only is it a striking reminder of your ‘Muslim-ness’, but depending on how you wear it (tight over the head or as a loose scarf), others will make judgments about the intensity of your Muslim-ness, your ethno-demographic background or strangely, the strength of your beliefs. Sometimes the hijab is politicized and sometimes it stands not for repression but against it. 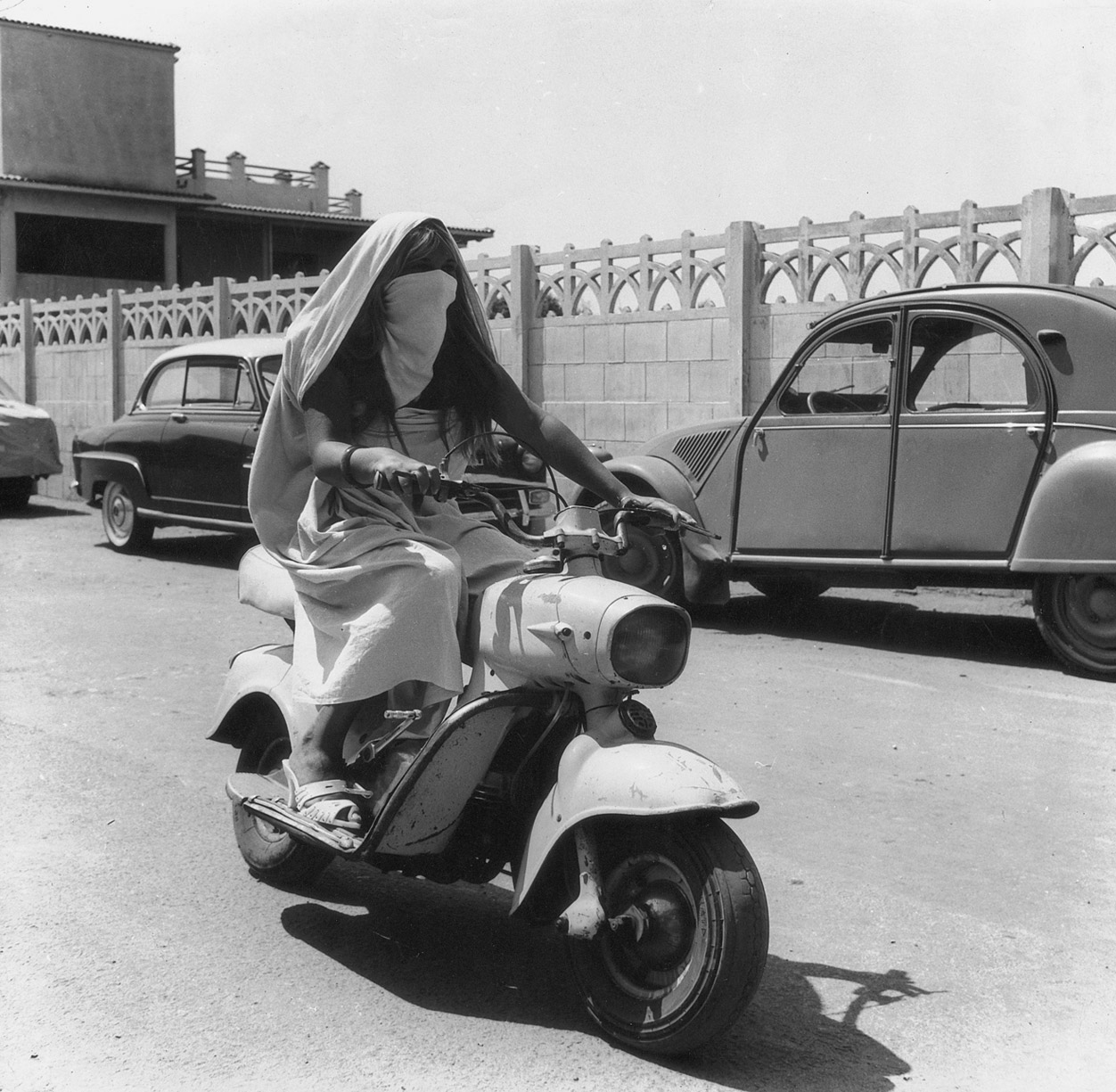 B*tchin' lady with whom I'm in love. Copyright, Pierre Bourdieu

But what does the hijab mean for me? I have never been politically active aside from a very mild interest in politics. One might say that I was religious in that I felt strongly about the existence of God and followed the religious practices I was taught to follow. I felt a sense of peace every time I prayed but have since realized that such moments of peace will often accompany even non-religious instances of meditation. Maybe it was because I had just come out of the awkwardness that accompanies adolescence (LIES: I’m still very awkward). But wearing the hijab wasn’t an impulsive decision brought on by an unfortunate flux of hormones. I was aware of what I would lose: a superficial obsession with how I looked and how I presented myself. I did not mourn the loss.

I was fairly taken by the idea that I could be a weird, kooky moderate and still wear the hijab. I can be a casual feminist and a connoisseur of classic rock. I can be sassy and enjoy artsy movies. That idea is not difficult to convey when you live in a Muslim-majority country. You’re still the same to your family and friends regardless of your attire. And even strangers know that the hijab isn’t just one identity – it does not automatically signify some sort of religious and social traditionalism – but represents a rather broad spectrum of beliefs and lifestyles. So, for me, the hijab accorded a certain sense of freedom and a loss of self-consciousness: the feeling that I can observe and scrutinize while myself being free of the same scrutiny. Basically, I could be a veritable ninja in my social interactions. 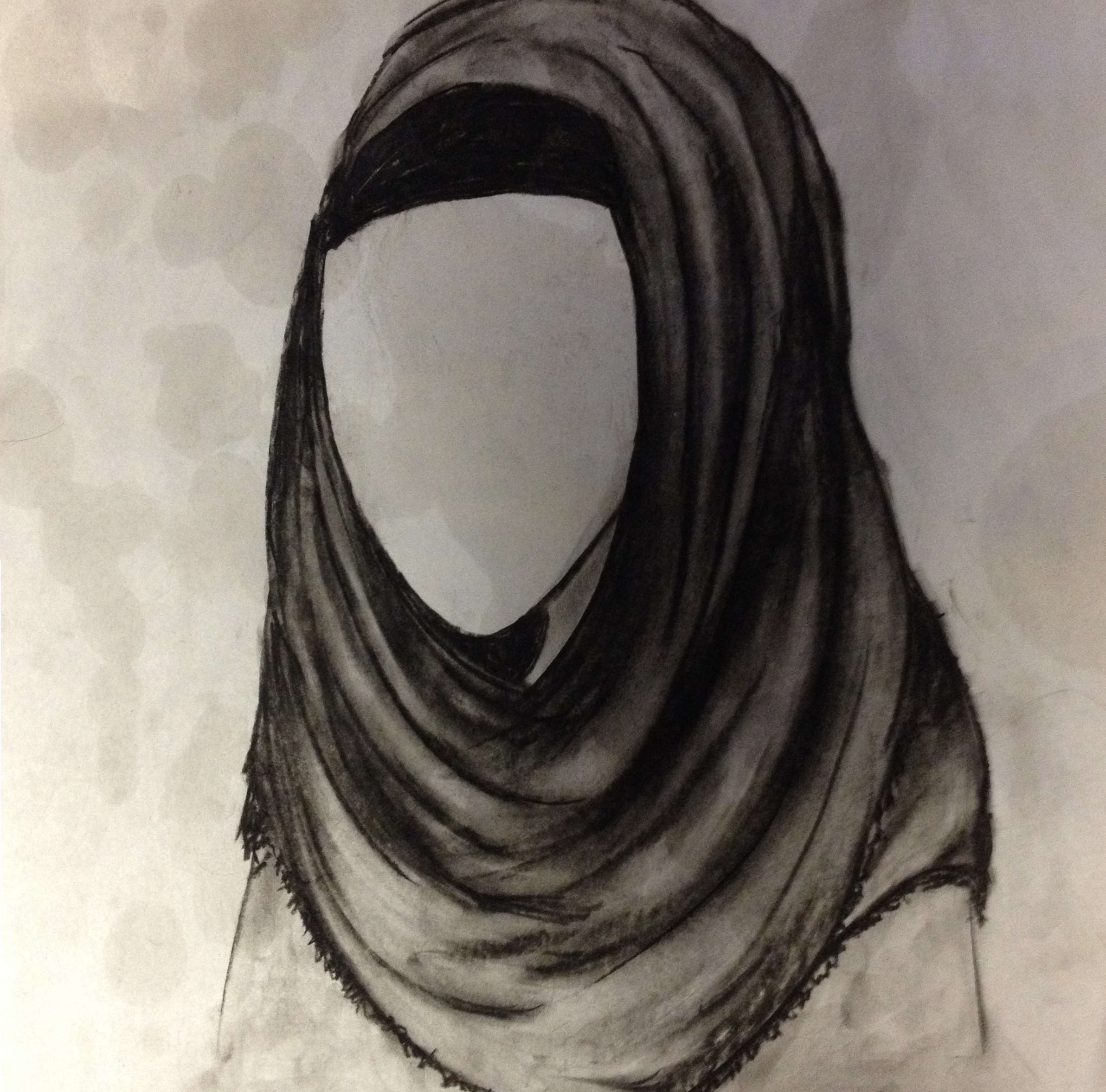 The hijab does not work the same way here. You can’t innocuously weave in and out of society, and be more of a spectator than the unwilling center of attention. And whether you want to or not, the hijab will define what people think of you and how people interact with you. Especially when the vast majority here have never met or talked to a hijabi. People may draw inferences about your political and religious beliefs, your lifestyle, and even your tastes, solely based on your attire. Sometimes they are genuinely curious about you, your culture and your traditions. Sometimes they don’t really know how to interact with you and may be taken aback when you don’t fit their idea of what a hijabi is like.

Being thousands of miles away from any direct parental influence gave me clarity. The whole adolescence and the struggle to find your own identity aside, I didn’t quite realize the effect my parent’s wishes had in shaping what I wanted – or what I thought I wanted. The decision to don the veil was my own but I cannot deny that somewhere in the back of my head I was thinking about how my parents would react. And this subconscious influence extended to other areas of my life: from what I wanted to do in the future, which colleges I should apply to, what I wore...

But I regret neither wearing the hijab nor taking it off. Both of these decisions were right for me at the time. The disorienting move from Bangladesh to the US made me reevaluate who I am. It made me doubt my faith (which I still do) but it also allowed me to eliminate the extraneous elements from my life. There are still plenty of things I’m not sure about and there are still decisions that I will probably undo at some point in my life (including taking off the hijab). But for now, I’m at peace with the choices I’ve made.

About the Author
Posted In
Greatest Hits