The past two weeks were just normal weeks during the first month of school for most of the students at Tufts and across the US, however, that was not the case for me and many other Jews. See, every September, when school starts up again, it’s always hard to get into the normal routine right away with the two most important Jewish holidays getting in the way. For one of these holidays, Rosh Hashanah, which is the Jewish New Year, I make new years resolutions. My friend pointed out a couple days ago that, for her, new years resolutions for the Jewish New Year are more meaningful to her than the ones she makes in January, as the year seems like it’s starting in September. I completely agree with this point of view—the school year starts in September, it marks the end of summer, and the leaves change color, a visible marker of change. 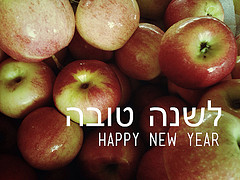 Realizing that I’m more likely to work towards goals set in September than January, I started thinking about what I want to work toward this semester. As a senior on campus, I spent some time thinking about how I can be a role model for other Tufts students and how can I make their transition to Tufts easier. I remember as a first semester freshman, I was in a drama class of mostly upperclassmen majoring in drama. It was definitely an overwhelming experience, especially given the fact that I have zero acting or directing experience. The class actually offered a great window into drama at Tufts, as I recognized many of the actors in the plays I went to see. At Hillel as a freshman, I had a hard time building relationships with upperclassmen, which made me feel like an outsider in the Jewish community at Tufts. And as a member of Amnesty International, I kept coming to the meetings, as I could only dream of being as cool as the seniors. 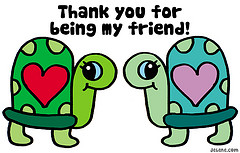 So this year, as a senior, I hope to connect with underclassmen throughout my life at Tufts. I am trying to seek out opportunities to meet and build relationships I already have with freshmen and sophomores. After being abroad, and spending a semester on campus with my friendship circle incomplete, I have a much greater appreciation for Tufts and the home I have carved out for myself here. I want to show my love of Tufts by engaging with the entire student body. And just remember, seniors aren’t scary, it’s just scary being a senior.

If college life were a sequence, it’d diverge by oscillation. Pardon the metaphor, but this week marks my first college exam that happened to be all about…

It's officially been about 2 weeks since pre-orientation season ended, and all I can say is I am having horrible withdrawals. Like, shaking, sweating,…

I’ve been at Tufts for three weeks so far, and I had to look at a calendar to figure that out because my internal clock tells me I’ve been here for months…