Road to the Final Four

As our season has drawn to a close, there are a multitude of words that encompass how much this season has meant to our team, the Tufts community, as well as our dedicated fans. But if I had to choose a word that emulates what this season truly embodies, I would say family. From the start of the season we set forth several goals that we worked towards everyday under our dedicated coaching staff, while also following the lead of our graduating three senior co-captains towards working everyday to “Play Hard Play Smart and Have Fun.” Our success this season has been inspired by a variety of factors. From drafting Shannon through Team IMPACT earlier in the year, the emergence of Parker “Baller” Berube (our coach’s son), to the immense support that we have received from our family and fans has been truly unbelievable. To be a part of such a close-knit team of girls, who are so dedicated to getting better everyday, helped make to this season especially memorable.

When coach gathered us in the film room for us to set our goals in the beginning of the season two long-term goals stood out. The first was to win a NESCAC Championship. Having never won a NESCAC title ever in the history of Tufts Women’s Basketball, we knew it was an attainable goal, and was the first step towards guaranteeing an automatic birth into the NCAA Tournament. Competing in the NESCAC, one of the most competitive athletic leagues in the nation, always kept in our mind that we had to take each game once at a time. Playing in a league where 3 other teams were also nationally ranked, we were aware of the obstacles that were in our way, but we kept this goal in mind everyday pushing us to get better. When we won NESCACs this year, we knew that it was just the first step into what would be the best season ever played in the history of Tufts Women’s Basketball. It was time to make a statement of what our team has dedicated to all season. 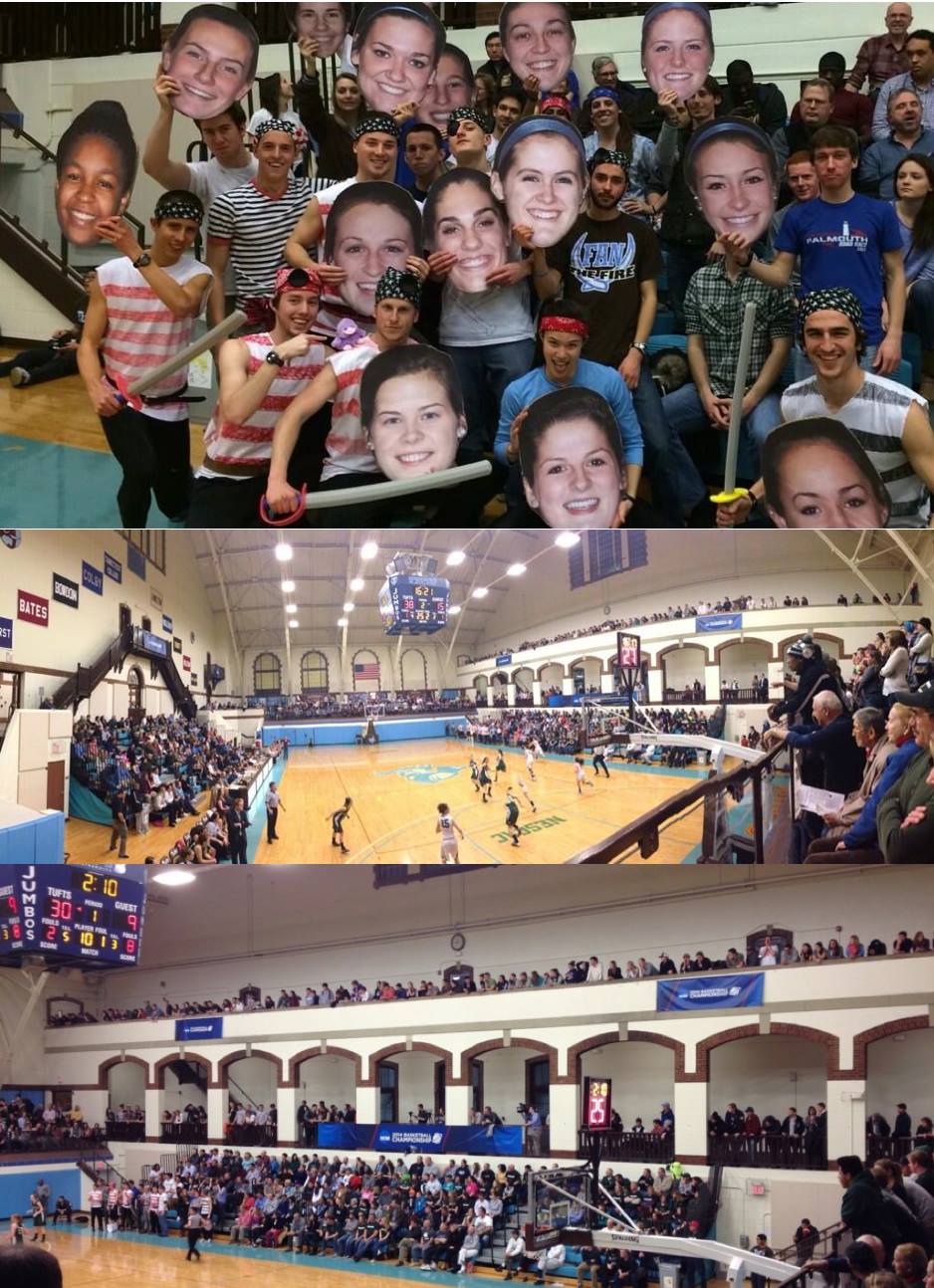 Being able to host the first and second rounds of the NCAA Tournament in Cousens Gym, with our fans, “The Cousens Crazies,” has been nothing short of spectacular. During the NESCAC championship we were able to fill our stands to capacity, and I never thought that we would be able to match that again. But our fans did. Soon we would see Tufts Track and Field supporting us with large Fatheads of our roster pictures dancing between timeouts, Tufts Swimming and various Fraternities painting their chests chanting TUWB. The amount of support that we have received this year has been amazing. I have never heard Cousens louder in my two years at Tufts until our run in the NCAA tournament, especially after our co-captain, Liz Moynihan’s buzzer beater in overtime against UNE.

I think I may have gotten a little higher on my vertical if you check out the bench’s reaction. Thanks Liz.

Our second goal of the season made in that film room was to make the Final Four. After the very close Ithaca game, we realized that we had made it. We were going on a plane for the 2014 NCAA Women’s Basketball DIII Final Four hosted at UW Stevens-Point. We usually don’t travel on planes, so we were all very excited to finally be able to as a team. As soon as we learned that we made it to Wisconsin, we knew that we needed our teammate, Shannon Curley to come with us. Immediately after making the Final Four our assistant coach, Kate Barnosky (aka KB), started fundraising so that we could make sure Shannon was with us in Wisconsin. We are grateful that Shannon was able to join us and to share the experience, as she provides our team with inspiration everyday. Often Shannon would sit on our bench, and is the reasoning behind TUWB sporting orange laces, representing the fight against childhood leukemia. We even attended one of her first games back from being diagnosed with leukemia last year, when Shannon was playing for Billerica’s travel team. 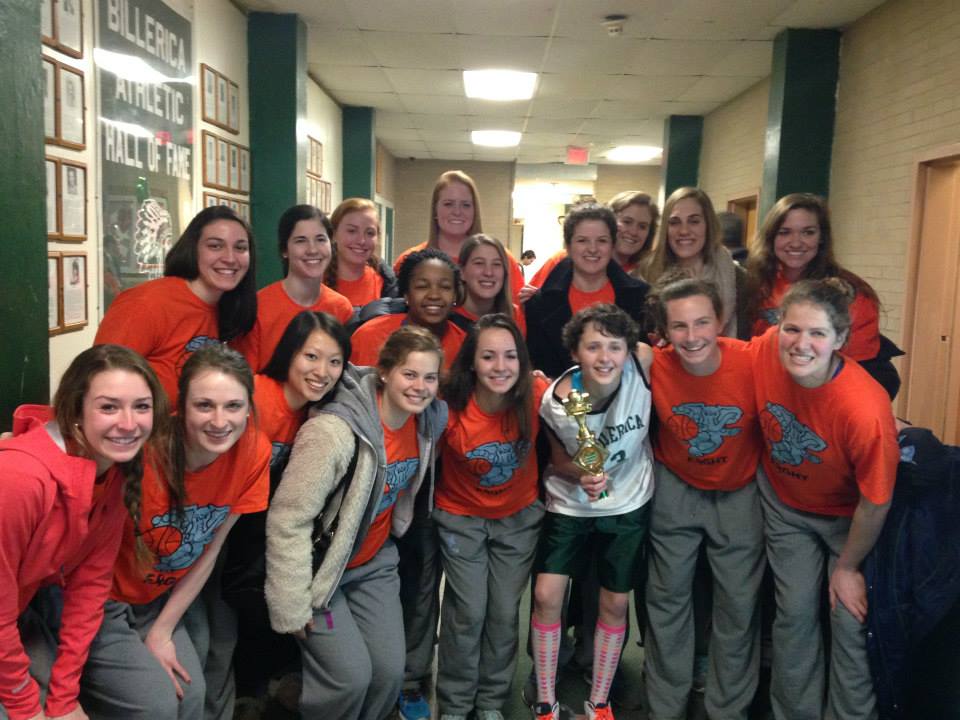 Making the Final Four was an amazing experience. When we got to our hotels we were greeted with baskets containing a range of foods including, giant Rice Krispy treats, special NCAA donuts, and of course cheese. How could I forget the cheese? From having a team visit to Wisconsin’s capital in Madison, towards competing on a national stage, the experience of reaching the Final Four is something that I will cherish for the rest of my life. The NCAA scheduled various press conferences, community service events, and a banquet and social that we had to attend. We found ourselves with filled itineraries for our entire trip, so it was difficult to find the appropriate time to watch Frozen (We ended up watching it twice). As a Division III athlete it was a very special experience. To be able to compete on a national level and be apart of a season that has left its mark on history is quite remarkable. 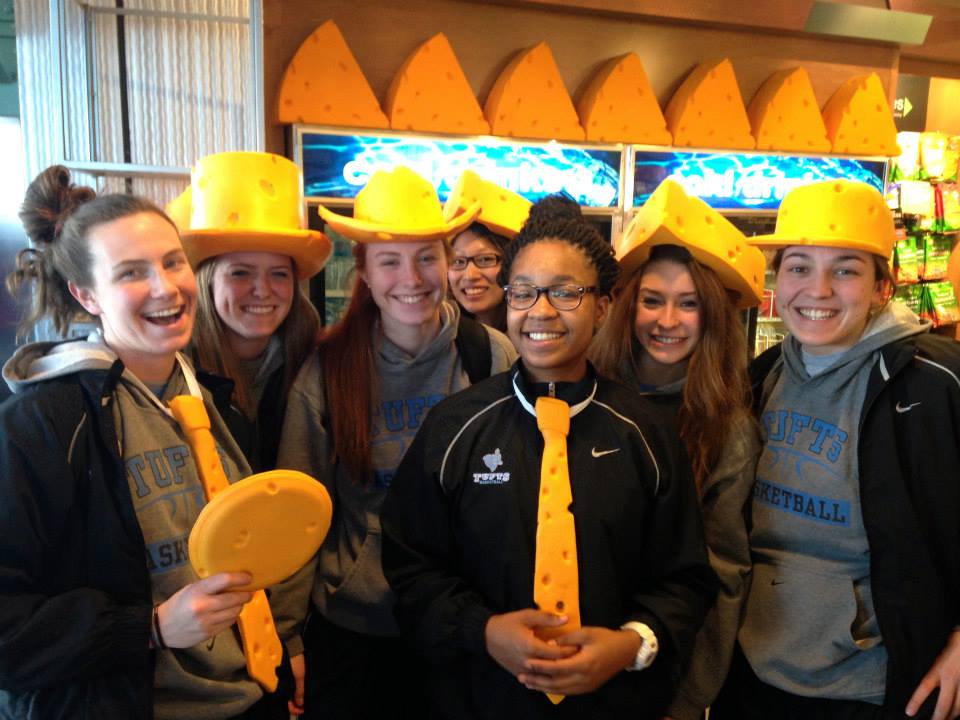 I can’t express how grateful we are to the Tufts community, parents, and friends for supporting us throughout this journey. Even though our season is over I will never forget this experience with TUWB, and I can’t wait to get back after it next year. Go Bo’s! 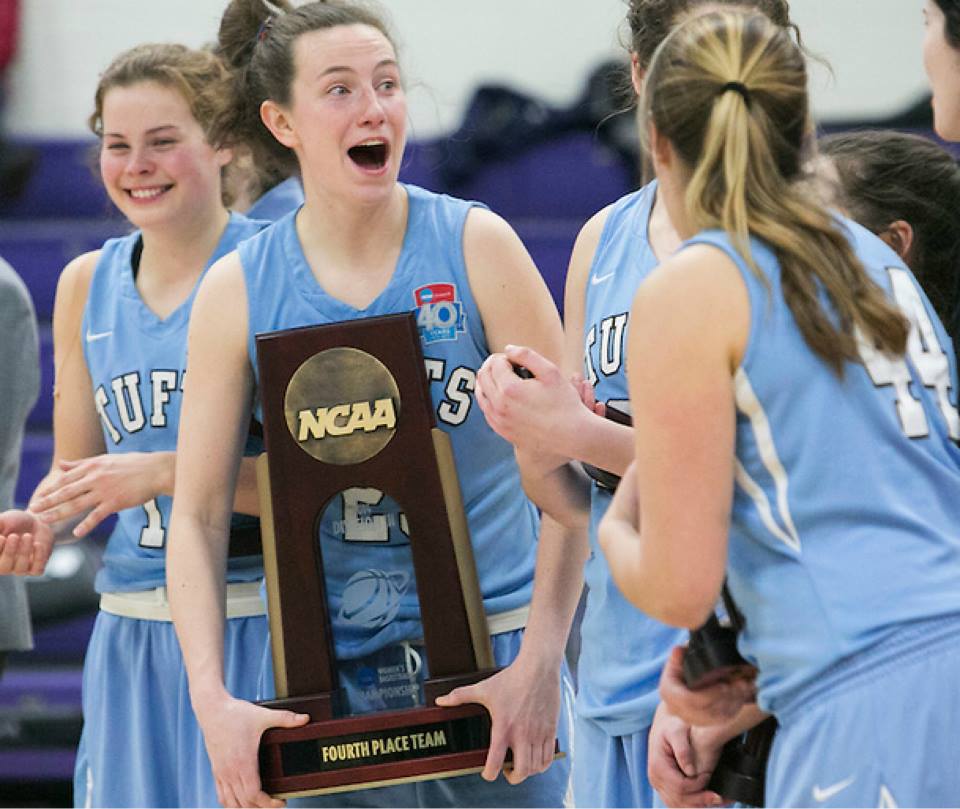 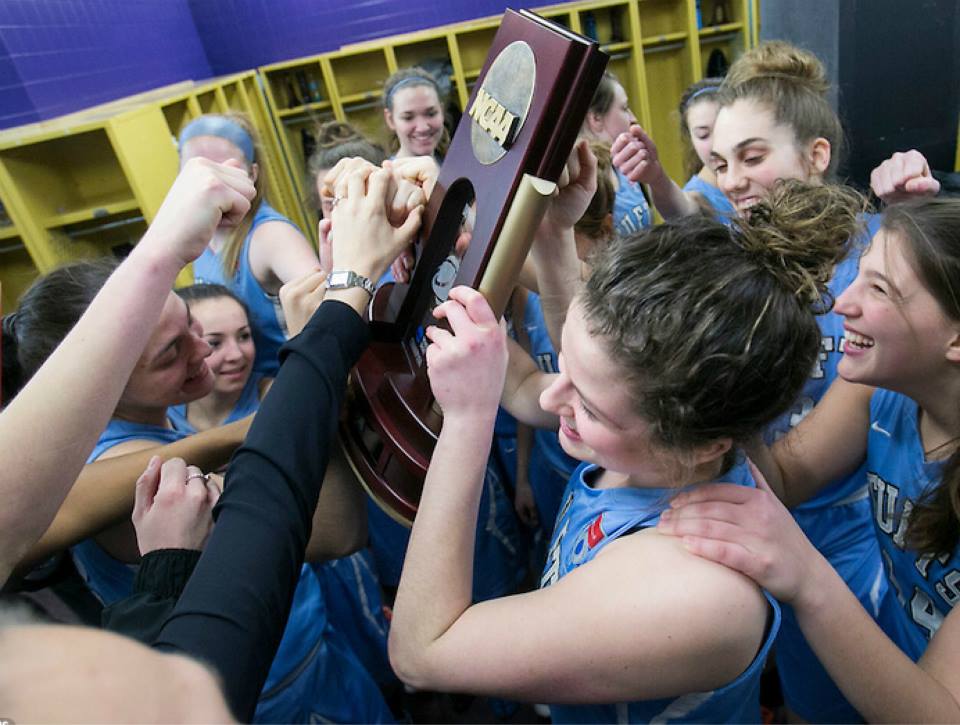