Walking outside this morning felt like shedding a layer I didn’t know I’d been carrying - it felt like actual springtime! The air was warm again! I was surprised by how happy it made me. I guess I'd lost that. Despite its lack of the spirit of a true, gritty, New England winter, I kind of just hibernated the winter away.

Basically, I’ve been spending a lot of time in my room. Not that that’s a bad thing (I’m all for some quality alone time). But as I’ve starting interacting with my friends more again, I’m realizing how much happier I am when I actually see them. And now I see how much sitting around procrastinating in a dark brick room does not make me feel better. 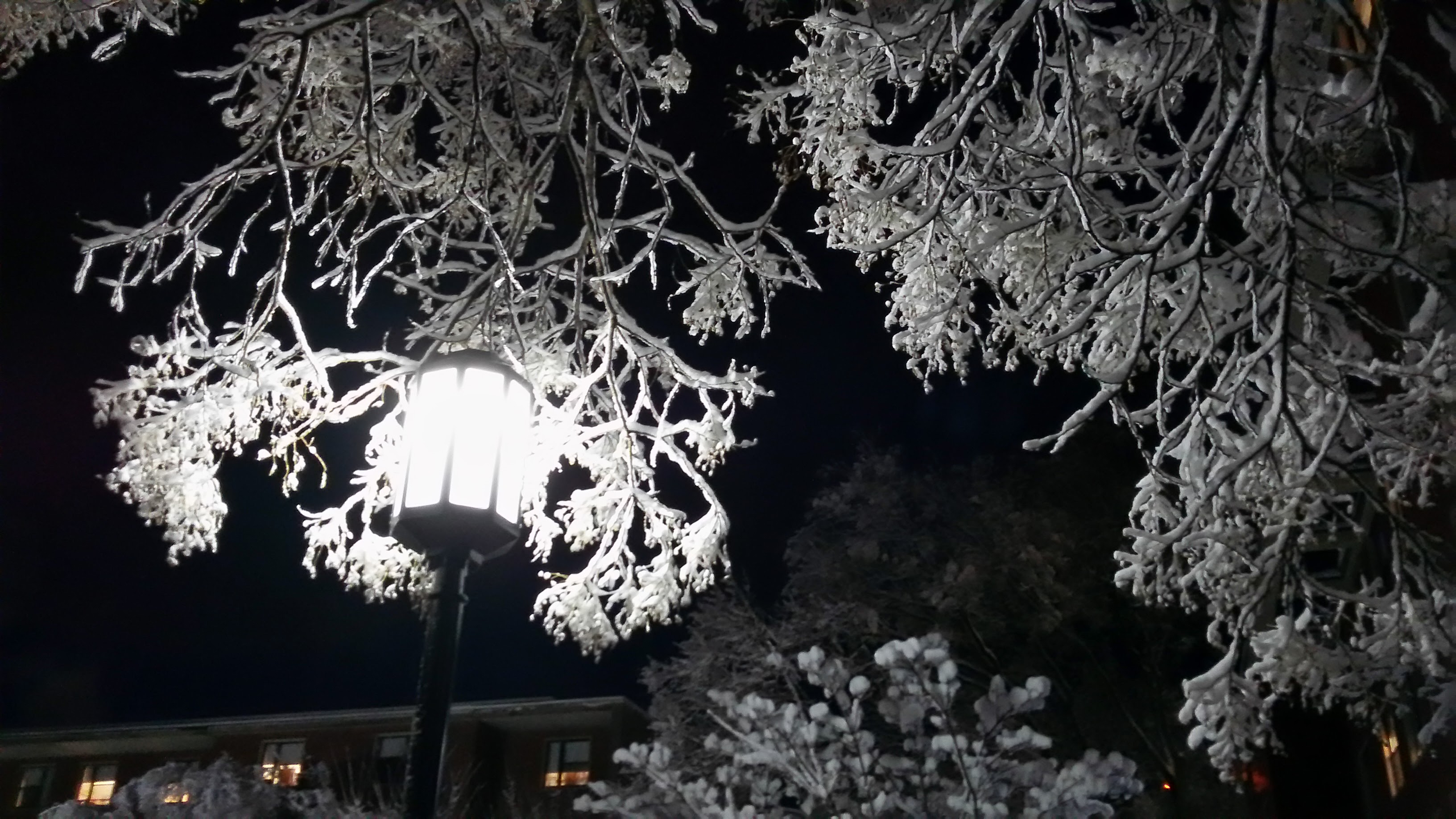 Procrastinating isn’t the only problem, however. There have been many days when I just have reactions that I can't explain - reactions that clearly don’t match the severity of the situation. For example, I was completely lost during an ES2 (Intro to Computing Engineering) lab four weeks ago, but I didn’t ask for help. Nope. Instead I spent half the time crying, trying to hide the fact that I’d been crying, and never actually finished the lab (luckily that lab happened to be long; a lot of other people hadn't finished it either, though I have a feeling it didn't bring anyone else to tears).

About a week later I almost had an emotional breakdown in yoga. My legs nearly gave out after we held one too many standing poses, and afterwards I had to force myself to keep breathing evenly to quell my trembling arms, tears, and feelings of despair. In this case I talked to someone afterwards who said they had struggled that day too; again, knowing that I wasn't the only one made me feel a little better (but I'd still overreacted). 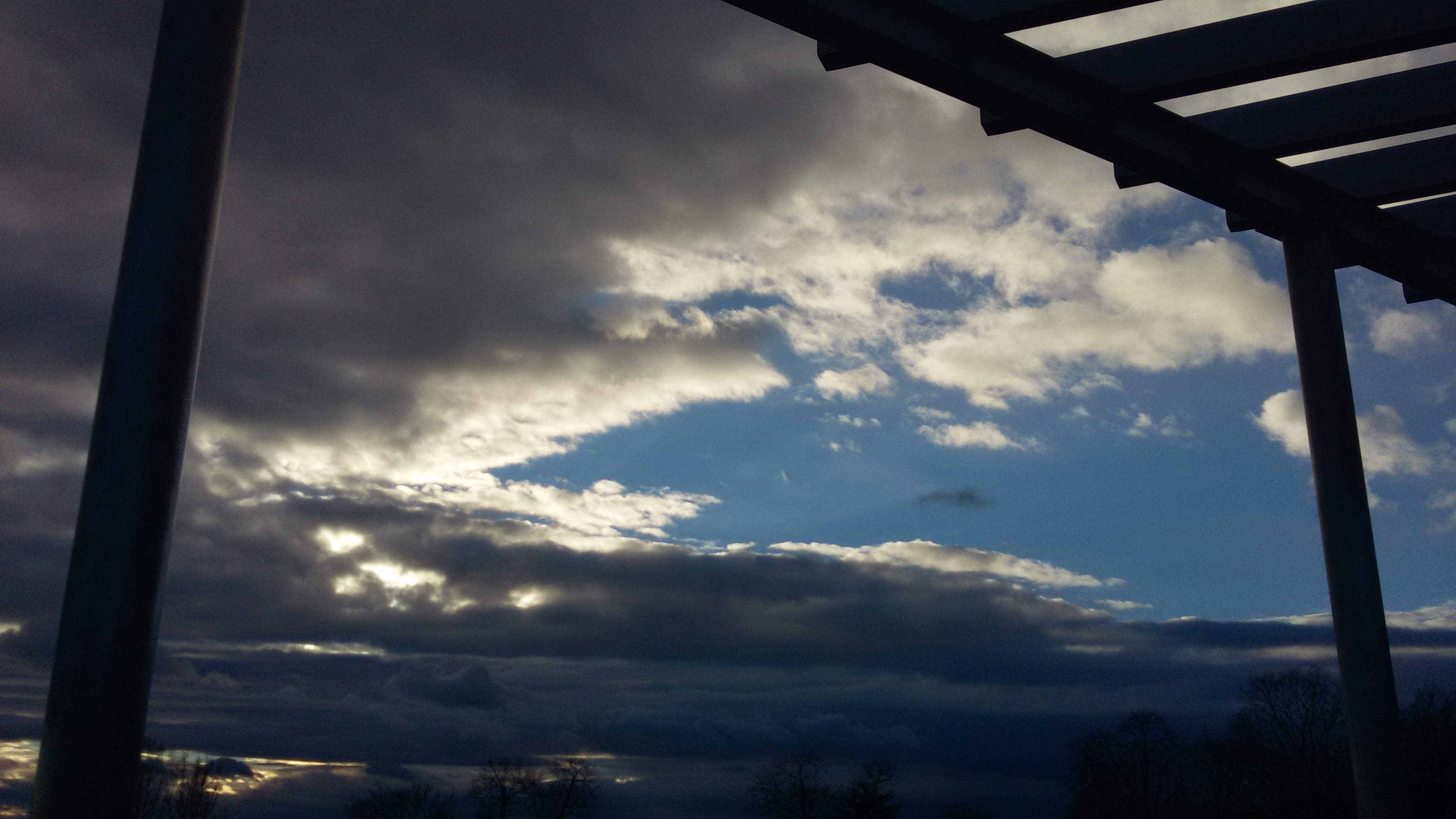 Even more recently, I tried to hand in my major declaration form when I had not gotten it signed. So obviously I was told I need my advisor’s signature. I hadn’t realized this - forms can be confusing. Afterwards, I felt like crying. I don't know why, I just did; somehow I was upset by the fact that I couldn't just declare my major as the one I nearly applied with anyway. I had to give myself time to cry in the bathroom for eight minutes before going to my physics recitation (since I'm being completely honest here).

None of these events have been significant or noticeable from the outside - they are all overwhelming for me yet quiet and internal, and I think that’s what made them so difficult in the moment. I know I'm a functioning human being and that I'm not broken in any fundamental way. Yet facing so many intense and irrational emotions alone when I'm particularly stressed (like I have been throughout the past month-ish) can make it seem like there's something wrong with me. 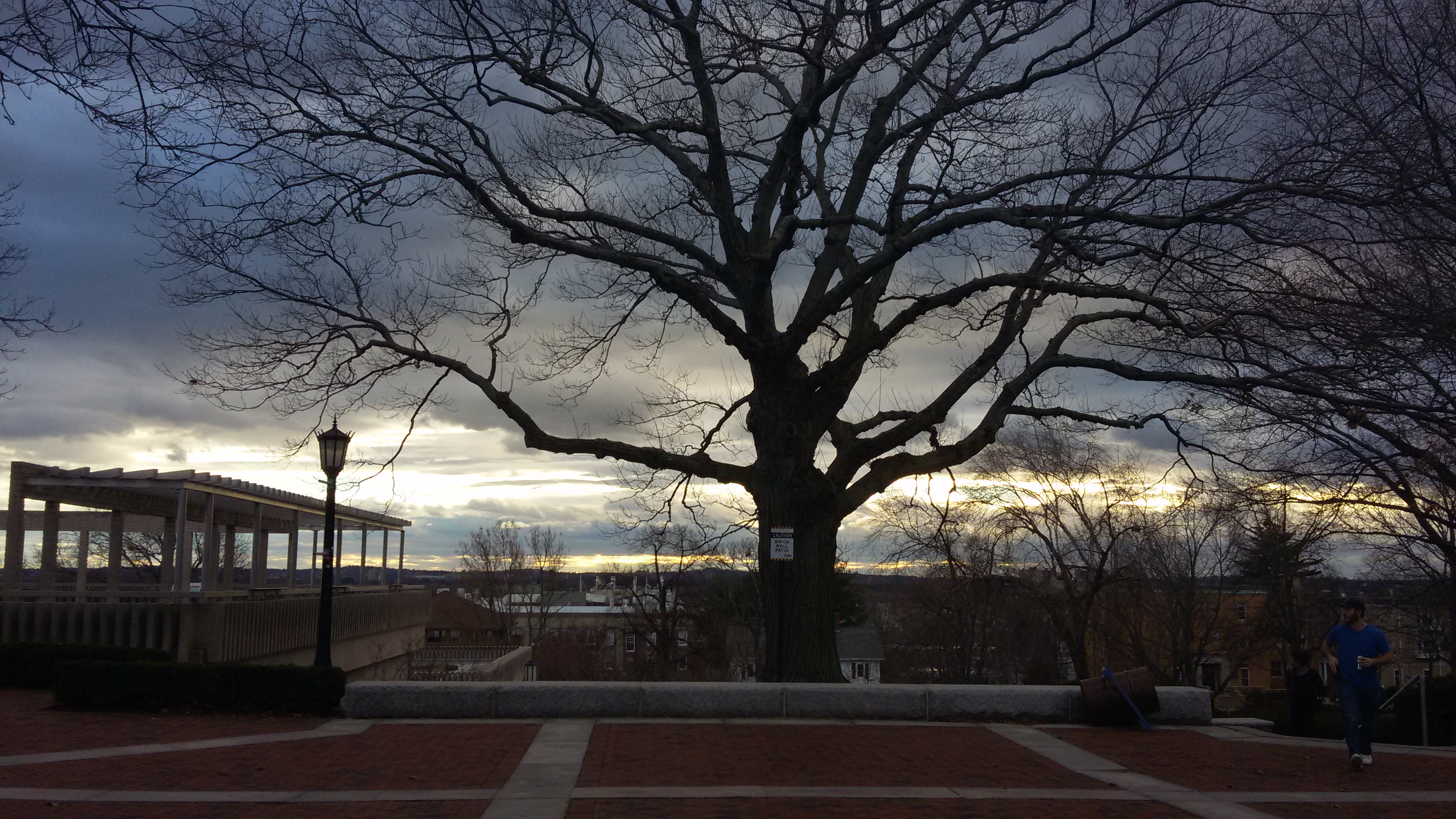 One thing that has helped me to keep going is yoga. I remember my major advisor last semester saying (generally) that yoga is a wasted credit and an easy class. Yet here I am second semester, taking yoga. It’s my first class on Tuesdays and Thursdays. Instead of going straight to physics and forcing my sleepy brain to think about how the world functions, I get up a little earlier and go to yoga. By the end of the class, I've forgotten whatever thoughts and stresses were racing through my mind before. Once my mind is clear, I can think about other things again. Yoga helps free me from my own internal conflicts to face my classes again (three of which have labs).

As I keep moving forward, I know neither problem will suddenly cease to exist. I can’t expect to just sit down and suddenly find happiness again through conquering my homework. I also can’t continue putting off homework only to have an existential crisis every Sunday night over whatever I think I’m doing with my life. Time management and self care are not mutually exclusive. I may be in the midst of learning that things don’t just get easier in college, but I can always find ways to make the difficult things easier. I think I’m finally in a place where I can begin trying again. At last I actually understand that there’s nothing wrong with me; the problem isn't that other people are more suited to the pressures of school than I am. It's not about doing everything perfectly or reaching some controlled, constant emotional state. Life is messy. Everyone struggles, and most of it is internal - it usually can't be seen from the outside. I’ve been learning recently that it’s possible to verbalize these things and that they're less powerful when we're not facing them alone. 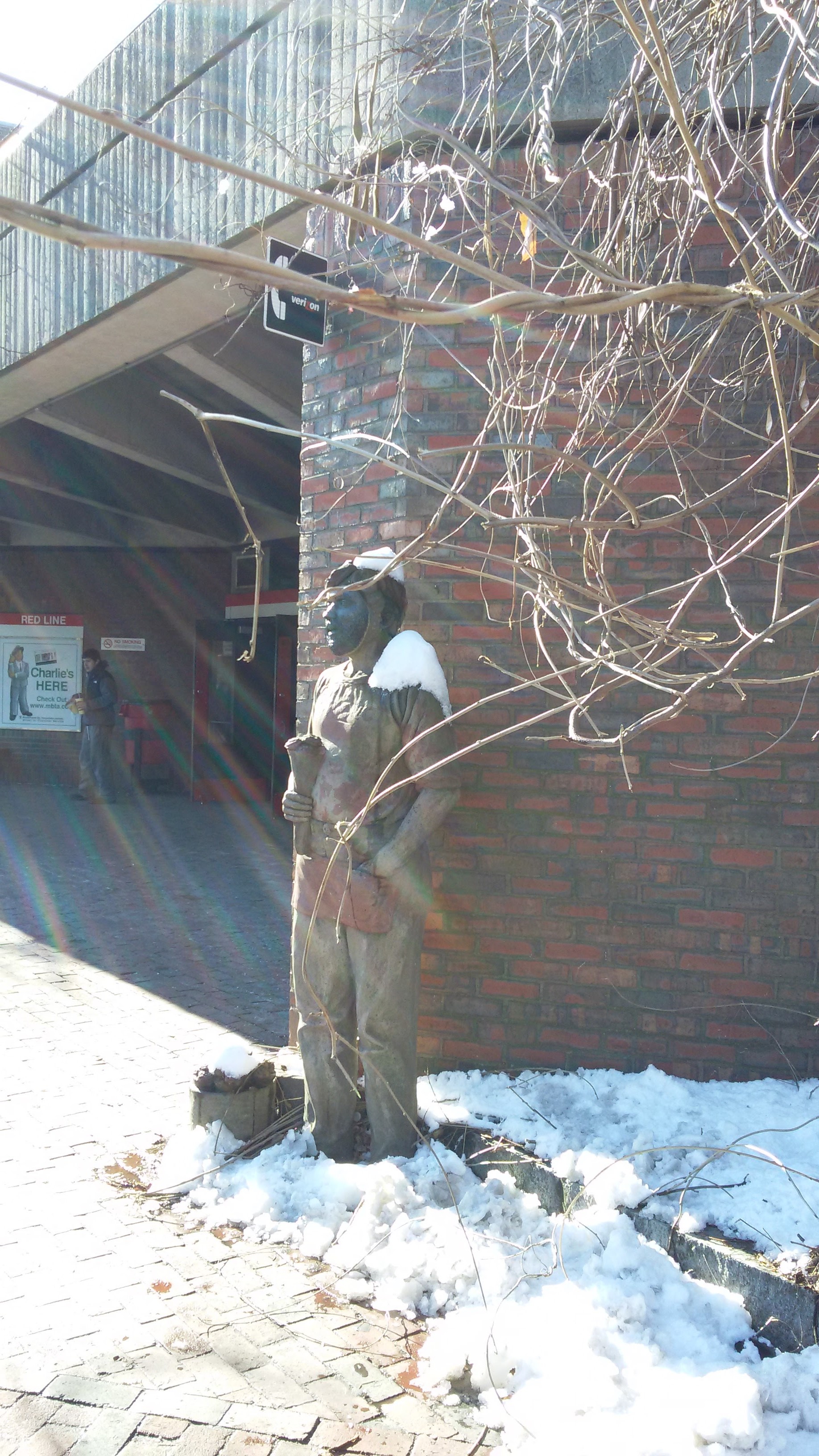 So yeah. These are some late winter reflections - the product of all that time I spent alone in my room. The idea that spring will be here soon is exciting. While I've complained all winter that it hasn't felt like winter, I haven’t spent much time outside. And despite what my advisor has said, yoga is not a wasted credit or an easy class; it is a very important class for me right now. In a way, it’s the best decision I've made this semester.

Now let’s all just go outside and enjoy the weather (even if it's cloudy, or windy, or there are frogs raining down from the sky, whatever). I know I could really use the fresh air. 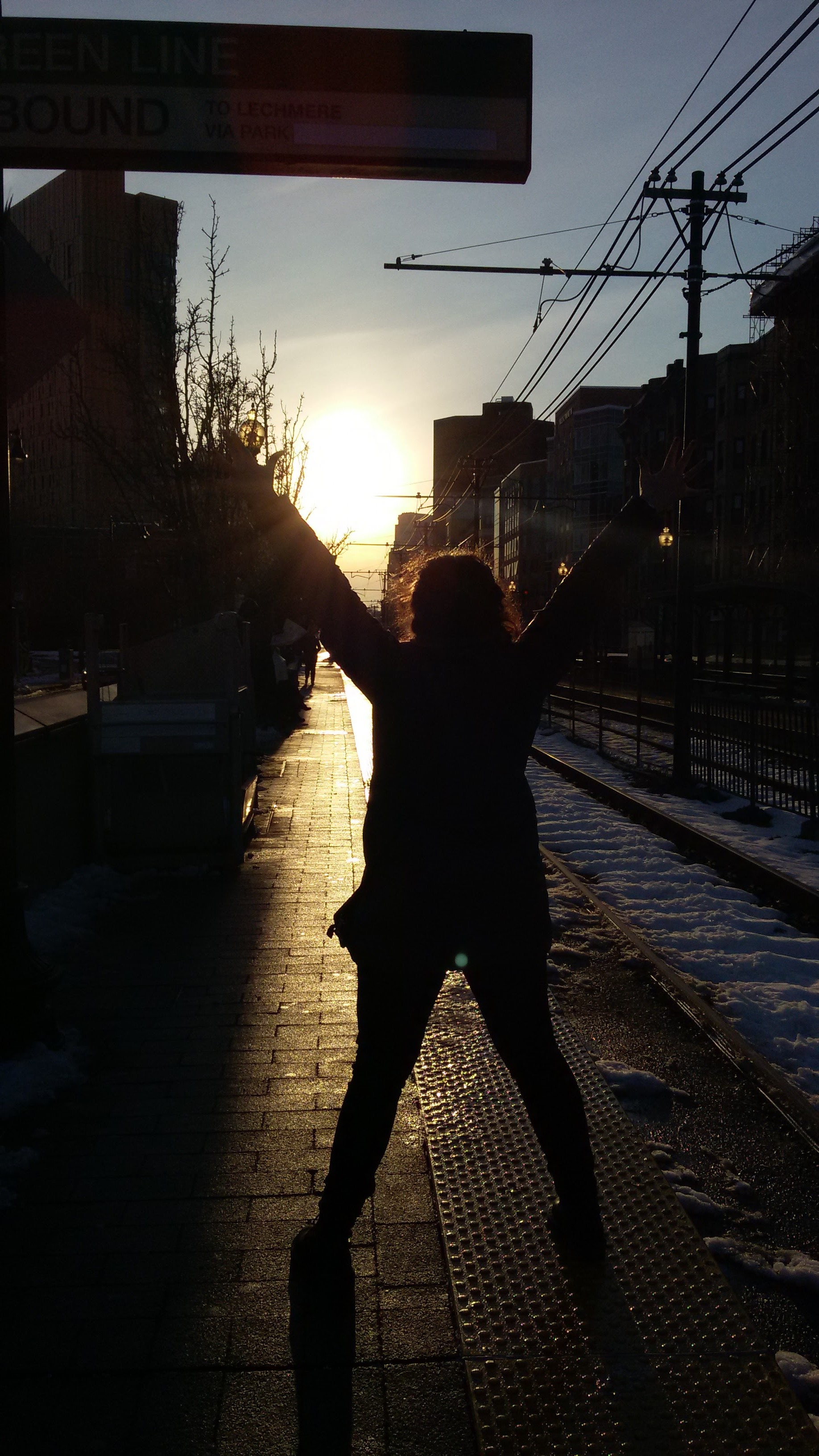 Time has always been an issue. But college would be different right? After all, now that I'm older and going off on my own, I'll be organized so that I…

Over the course of my winter break I spent approximately twelve hours in the surf, three days on the couch, an embarrassing amount of time in front of…

I walked into the first day of class in my Modern Bengal independent study to find this: