Numerically, Tufts has one faculty member per every nine students. RateMyProfessor.com uses everything from numbers to pepper icons to report the quality of college professors. Buzzwords like “PhD” and “adjunct faculty” float around in the world of higher education. But, practically, what do these things mean? How do college students actually get to know their well-established, successful professors?

These are questions I didn’t even realize I had when I was in high school, but now that I’ve taken a slew of college courses I’ve come to understand the importance of great faculty. During my freshman year, I took Intro to Computing in Engineering with close to 200 students and English: Perceiving Environments as one of only ten. No matter the size of the course, professors here have made themselves accessible through office hours, email, and in-class interactions — and I was especially struck by the incredible professors from whom I learned this past semester.

For a little perspective: last summer I sat on jury duty next to an engineer who wished me good luck in Differential Equations, saying it was one of the hardest classes he took in college. A few weeks later, I somehow ended up in a conversation with another adult who told me he was going to be an engineer until the same math class “broke him.” This wasn’t exactly the positive encouragement I was looking for going into my sophomore year, so you can imagine how intimidated I felt when it was my turn to take the course in the fall. 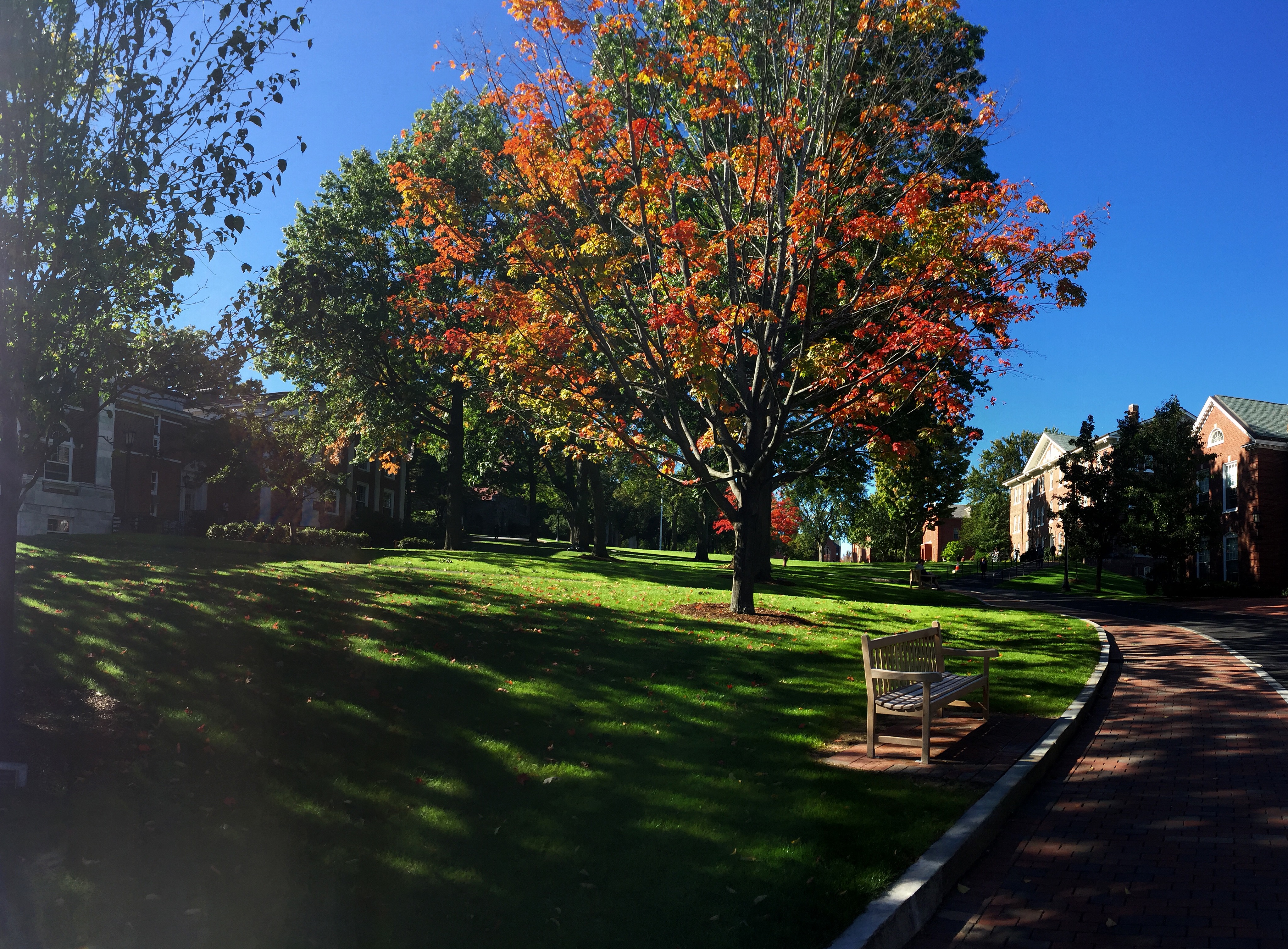 But now that I’m on the other side, you can also imagine the utter relief and joy I feel upon recognizing that Diff Eq ended up being one of the best classes I’ve ever taken! Yeah, the material was difficult, but this class made me feel capable and excited in a way it clearly did not for those foreboding strangers — and it’s all thanks to a professor who was engaging, encouraging, challenging, and effective from day one. Dr. Kye Taylor knew the name of every student in each of his classes, went out of his way to explain concepts in depth, and was often able to pinpoint the root of my misunderstanding whenever I asked a question. His comments in class were as entertaining as his office hours were welcoming, and there's so much to be said about a professor who can make math funny, thought-provoking, and accessible like he did.

Another class I took last semester was taught by a Tufts graduate-turned-adjunct-faculty-star who took the very class he now teaches when he was a student here just a few years ago. As a practicing civil engineer who had so recently been in my very own shoes, Ryan Marshall was extremely well suited to teach us the Computer Aided Design skills we will likely need as engineers, designers, and professionals. He made an effort to get to know every student, genuinely cared about our successes, and cultivated a classroom environment that was enjoyable and interactive from day one! Over winter break, he even sent us a kind message, wishing us the best and inviting us to tap on him as a resource in the future. 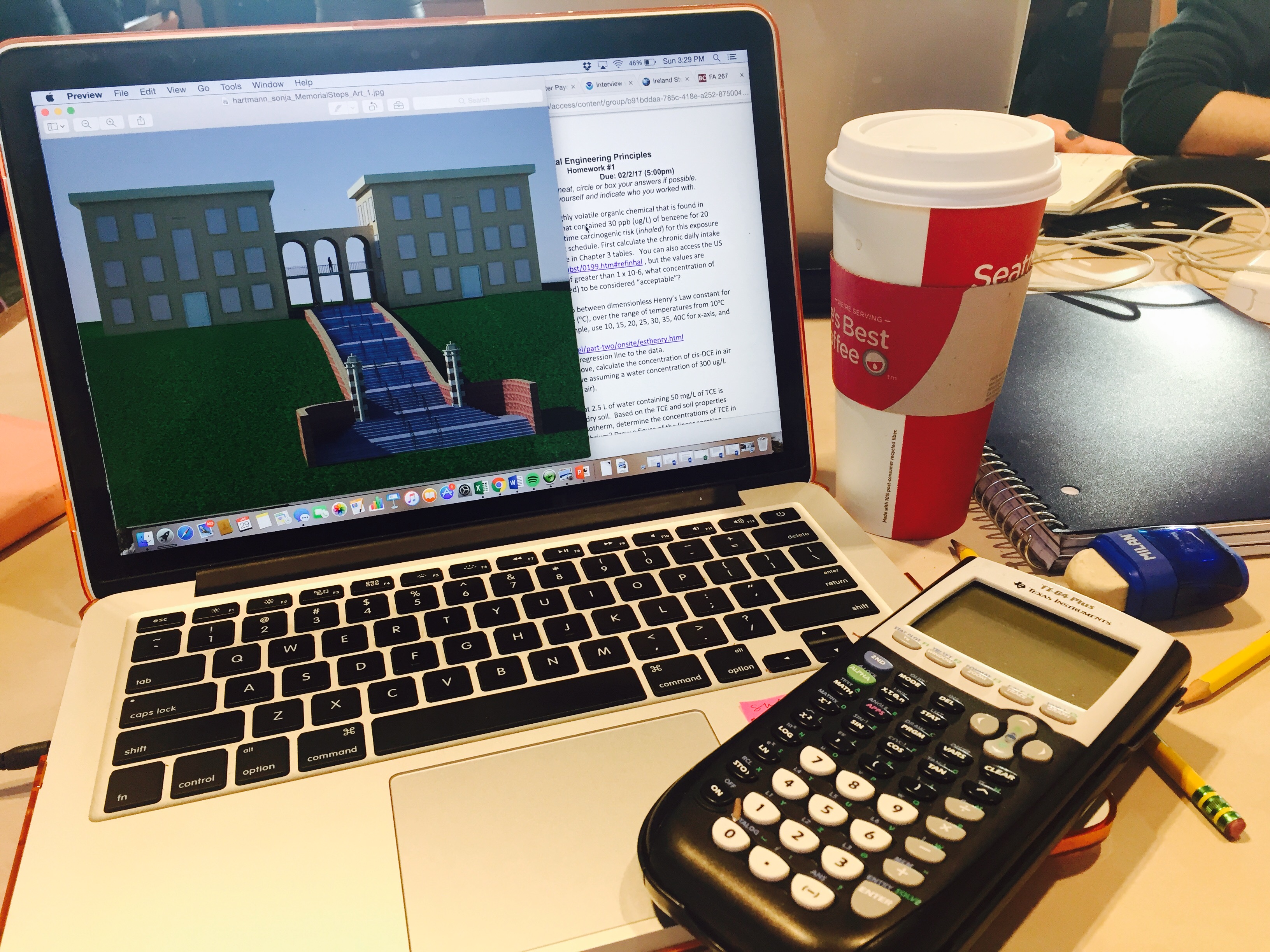 For my final CAD project, I modeled the Memorial Steps on Tufts' campus.

And the best professors aren’t reserved for the latter years of college; I’ve learned from impactful, inspiring leaders since my very first semester at Tufts. It was then that I took an introductory civil/environmental engineering course co-taught by two professors, Dr. Daniele Lantagne and Dr. Laurie Baise. The class was called Engineering in Emergencies and it examined engineering successes and failures as they have both aided and exacerbated crises such as the nuclear meltdown at Fukushima, Hurricanes Katrina and Sandy, and the Deepwater Horizon/BP oil spill. As two women who are incredibly knowledgable about their fields, they immediately made engineering feel accessible and important to impressionable ol’ first-year me.

It’s these kinds of connections that are hard to convey through blog posts or internet ratings, but are so meaningful for students who are starting to venture into the ambiguous world of higher education. I’ve had other professors who told jokes at the end of every lecture, swapped articles with me comparing prison systems after the semester ended, and guided me to think about urban life in new, abstract ways. The Civil and Environmental Engineering Department hosts an annual student-faculty dinner that has introduced me to more people whose classes I’ll take down the line, and I love being part of this academic community. As I return for my fourth semester, I am recognizing how these positive influences make my education so rewardable, and I am feeling very lucky to be learning from the faculty here at Tufts!

My Road to Tufts!

When I was little, my mom used to let me take these “quiet play time naps”. Being the middle child, my sister was too old to be napping but my younger…

Let me tell you, Physics 11 and Math 36 can pack a punch. As my first semester draws to a close, I am amazed by how much I have learned in such a short…