A Letter to Two Homes

You haven’t finished though it takes a mulish stubbornness
To chew this food.

Turns against the needle
That makes it play.

When I was little, sitting in the dark and waiting out the family fights, I used to dream about going abroad. Invariably, it would be America that featured in these dreams; land of the free, unbound land, cities far larger than I could ever imagine Singapore to be. I thought about losing family like one loses a tumour; a clean slice, a separation, and only a scar of what used to be. I thought it was easy to leave pain, that it was merely geographical location that dictated hurt; now, I realize that the seeds of cancer are within every cell, and hurt comes from everywhere.

Where do I begin, my two homes? You both gave me such vivid dreams; Singapura, Lion City, Garden City, you taught me a growing roar. You gave me multi-racialism, multi-culturalism, Buddhist temples next to mosques next to churches next to Hindu temples, race upon race upon culture upon culture reflected in our food; you said equal chances and equal opportunities, you said we are fish and this country is water and all we need to do is swim.

America, you said liberty and freedom; you said you could be anything at all, just slip in a taxicab and walk out whole and new. You said freedom of speech and a marketplace of ideas, you said diversity and immigration and pride and change; you gave a dream so dynamic ten years later I still can’t pin it down, only that it made me dream of expressways and endless chances and endless skies. You promised growth like apples falling from the tree, and I thought it to be true.

And yet, growing up has less been the clean slicing of malignant tissue and more the bleeding heart I’ve come to live with; there are so many people being hurt every day in every location that sometimes I wonder how we are to deal with it all. In the last month alone, people have been hurt in both my homes; in one, told that Indians and Africans are all the same while being made the butt of jokes, in another, bullied and told to be ready to be deported. I bleed in two places; in my home of homes, for my people and the dream-truth I was told of multi-racialism being denied every day, and in this adopted home, for my friends who have been harassed, who have been told they don’t belong here.

I think back about how I thought you could move from pain; that hurt was a suspension, and if you used the right filter you came out on the other side healed and free. I hear Warsan Shire in my head, tracing fingers across maps to find where it hurts, and hearing them sing “everywhere”; I hear Alison Townsend, hear her whispering “the predilection for sadness is embedded within me”, and I think about giving up. 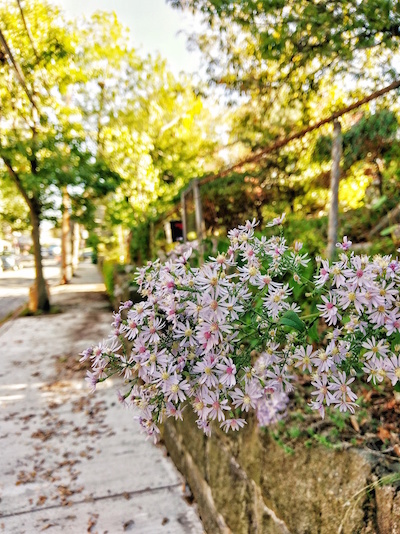 Then, seeds; I think about their nubby shape, how small turns to large, how our genes navigate daily disasters of mutations only to fix them right in time. I think about language, the way it fills the mouth, the way a baby learns instinctively what is placed in the air around it; I think about the books I continue to read, about the illogicality of history and narrative and how we find hope, and resistance, and survival and struggle anyways. I think about every day I’ve ever spent teaching where I’ve watched the future grow, become smarter and wiser and more brilliant than I could have been.

We can’t run from pain. It exists everywhere; it exists in every single person who has ever been hurt, it exists and grows and spreads like an unchecked mutation that won’t turn off. But hurt by nature is unstable; it is a tenacious thing, but it is always one step before cracking open and revealing what lies underneath us all. So we can choose two paths from here; we can say this is how it always will be, that nations and communities and groups will always split and fracture, that we always end in conflict, that this is all we can hope for.

Or we keep trying for something drastically different; we love in spite of ourselves, love those we disagree even as they exhaust us, pump love and fierce energy into the ground till it swells and bursts over the hate. If we choose diversity and inclusivity, then we must call people out and in, up and down; we must resist and yet pull closer, love so fiercely we dance at our own knives.