In honor of Division 3 week, I thought it would be fitting to share the reasons why I decided to play Division 3 sports, and more specifically, why I chose to do so at Tufts. During my information sessions, I always stress the point that it’s hard to put a Tufts student in a box-they just do so many different things-and it’s no different within the athletic community. In looking at Tufts as a prospective student-athlete, I knew I wanted to continue to play softball at very competitive level but it was imperative that this not come at the expense of pursuing my other passions (which as an 18 year old, were very loosely defined!) The biggest gift that Division 3 athletics affords its athletes is the opportunity to choose what it is they want to, and at Tufts, I didn’t have to strike a compromise between athletic and academic excellence. 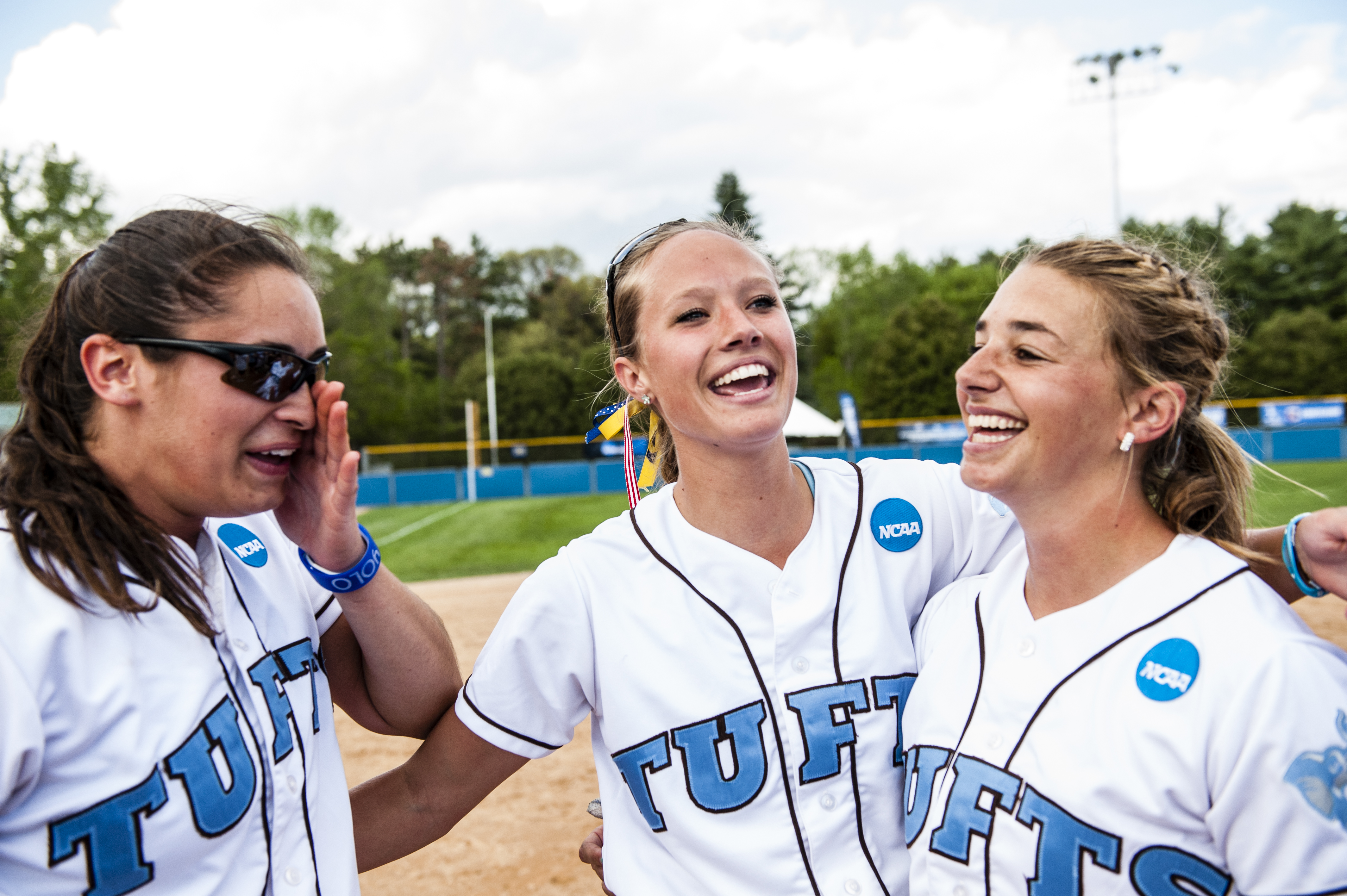 First and foremost, Tufts athletes are darn good at what they do. The Jumbos have won eight team national championships since 2010, seven of which were won in the last four years. (Softball won its third consecutive national championship and men’s lacrosse clinched it’s second in a row last spring, men’s soccer brought home its first title last winter as did the women’s field hockey team in 2013, and the women’s basketball team just competed in the National Championship game last night in Indianapolis…Woah!) We’ve also had three Jumbos sign with professional teams within the last year. And all of this talent comes from a community of athletes who, on average, maintain a higher GPA than the general student body.

But my favorite characteristic of Tufts student-athletes? They are just like the rest of the Tufts populace in the sense that they participate in a whole smorgasbord of activities outside of sports. Research, study abroad, Greek Life, a capella (our past Athletic Director, who also served as the women’s soccer coach and played for the men’s soccer team, was a member of the Beezlebubs during his time as a student!), dance troupes (namely the Tufts Dance Collective, aka the dance troupe for folks who can’t dance….aka me), and a variety of other 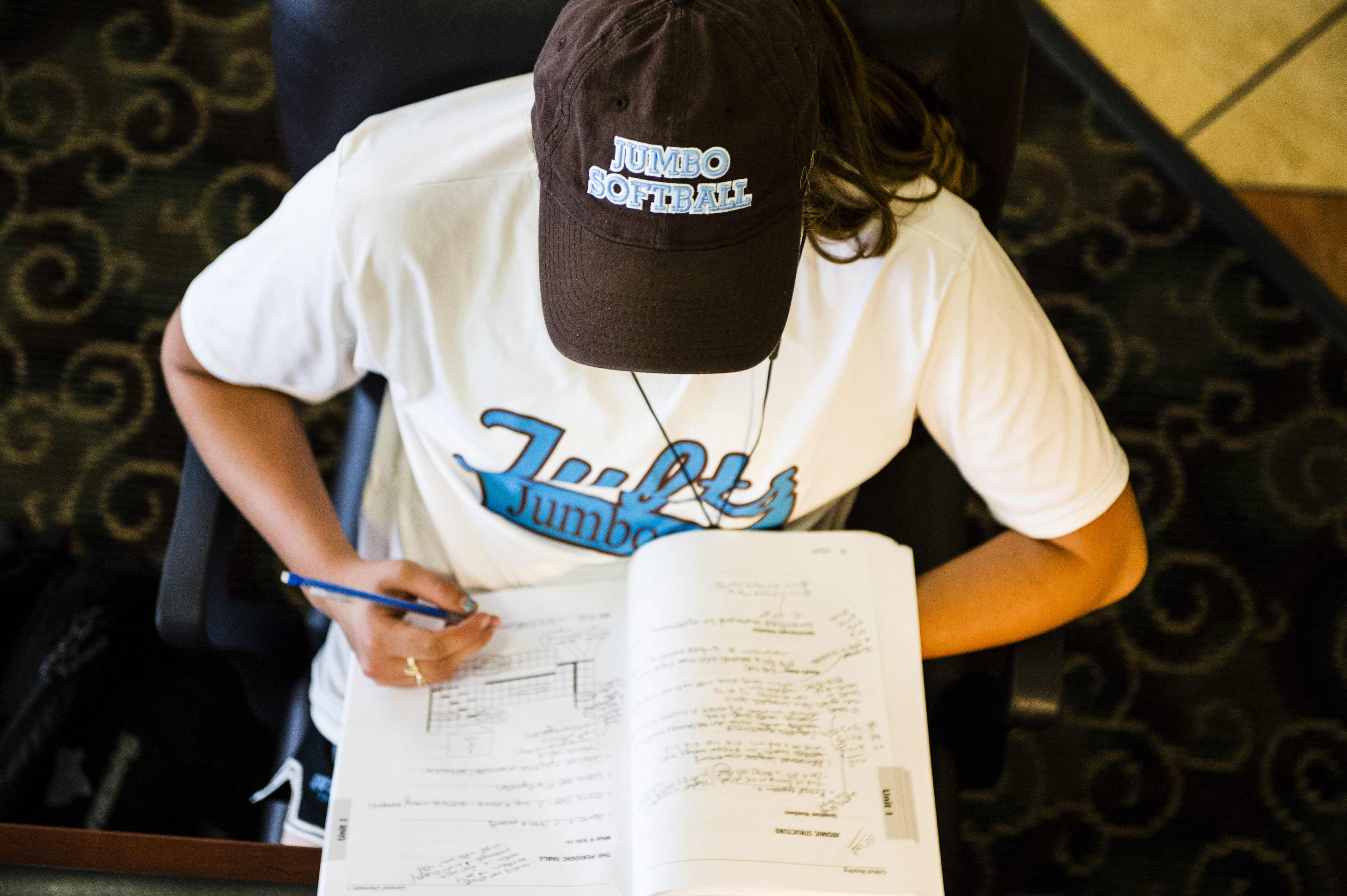 s are all heavily populated by athletes. In the realm of academics, it is no different. During my four seasons on the softball team, I had seven teammates who were Engineers (including one who went to Shanghai as a freshmen to judge a Lego competition!), and I now have teammates in medical school, dental school, and a teammate at the French Institute of Fashion in Paris (Steph is tré fabulous.) I myself was a Psychology major, with a double minor in Education and Communication & Media Studies. The point being, you have the flexibility to own your curriculum as a Tufts athlete, which is immensely important to the athletes on our campus. “It’s cool to be smart” is most certainly a term that extends into the vernacular of the athletic department, and it was really a special experience attending a school where professors knew and were supportive of my athletic endeavors and my coaches and teammates were my biggest cheerleaders for the work I did in the classroom.

To learn more about current athletes’ decision to play D3 sports at Tufts, check out this link, and be sure to follow Fan the Fire, Tufts destination for everything sports, on Instagram. Go Bos!