What's it like to transfer to Tufts? Part 2: Olivia Smith

Happy Friday! Following up on our last interview with Tait, this time I hopped on Zoom to chat with Olivia Smith (no relation) who is a junior and transferred from a four-year institution in Fall 2019. Olivia is double majoring in Community Health and Child Study and Human Development, and has been involved with Animal Aid and Junior Jumbos during her time on the Hill. 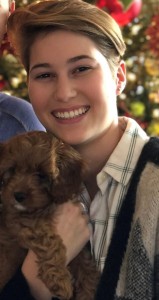 What brought you to transfer to Tufts?

In high school, I was like, I’m going to be a doctor, I already know I’m going to go there and do their early acceptance into medical school, I had a whole plan laid out. Well, I got to college and everything collapsed on me. I didn’t fit in very well [socially] and as the major went on, I realized that I wasn’t in the right major. I didn’t want to go to medical school anymore.

The defining day I vividly remember: I was in a class and we had a guest lecturer in the field of Public Health, and she was talking about racial disparities in health outcomes in America, and I looked around and nobody else seemed to be interested and we had never touched on this topic in our previous classes. I did research and found that my college had a minor, but pretty much just seven classes to choose from and they basically chose the classes for you. I knew I wanted to do public health, that I didn’t fit in, that the classes were very “read your textbook pages and take this exam,” and it didn’t feel like we were doing anything impactful there. So I looked up the best schools for public health undergrad, and Tufts' [Community Health] program was on that list. I'd been interested in Child Study before (I was thinking of being a pediatrician) and I was lucky to find out about my second major because of my Tufts tour-guide who was also a Community Health and Child Study double major, so it worked out for the best.

Most of my friends were freshmen, which I don’t mind at all, you can have friends from any year, it doesn’t really matter, we’re all the same. I met a good group of transfer people, we have a group chat we always catch up in. In my Community Health major, the classes are so small (a recitation is 10 people, a lecture is 50). You can actually sit next to people and say hi, so I have a really good group of people who were my year but weren’t transfer. In Child Study, it’s also very small, so I’ve had classes with the same people. I took Spanish my first semester as I only needed one more Spanish class and that was the most fun I’ve had, because it was maybe 12-15 of us and we all became best friends even though I hated Spanish because I get nervous! Languages are definitely something to go into with an open mind to make friends. I’ve become friends with a lot of people just by talking with them going down the hall. I had to throw myself out there but it’s not that hard, Tufts has some cool stuff that they do like campus groups that perform in Curtis Hall.

Have you had a favorite professor or class here?

My favorite class that I’ve ever taken is Healthcare in America (CH 2) with Amy Lischko (Associate Professor at Tufts University School of Medicine). The irony of it was that we were supposed to take that class at my old college, and the professor was terrible, everyone hated it. So I kept pushing it off, but I had to take it here and that was one of the most eye opening classes I’ve ever taken, ever. It’s so applicable to your own life: we did a project where you look at your own health plan, which I’ve never done and my dad hasn’t even done that, he was like “tell me what you find out!”

The reality of America at that moment last year as it was in the Spring. Then when COVID hit and we were online, that was very impactful with hospital systems, people not being able to get in, the hospital infrastructure, all of it. My favorite part was that we read a book called Marching Towards Coverage which was written by Rosemarie Day, who is Professor Lischko’s friend somehow, so she came into our class and spoke, it was amazing. Not once at my old college did I have a guest lecturer come in that was really outside our institution. Because of that class, I’m now in Too Big to Fail? Hospital Systems and the Changing Landscape (CH 183), which is really interesting, because we are talking about the start of hospitals and segregation came in and how it literally is the same today, which not many people even think about. Especially with COVID, ethnic minority patients are not even getting to get into hospital to get care, not knowing what the symptoms are of COVID. Healthcare is fascinating, so I now I really want to go into policy.

The Child Study Class I really enjoyed was on physical and mental health in childhood and the whole class was about real world projects, so the whole time we were making social media posts about the opium epidemic affecting children. It was so interactive and real-world applicable, you feel like you’re actually doing something. I can’t remember the last time I took a test, I think it was when I first got here for epidemiology. [The professors] are like “Why would you need to write down this when you can show me you know by taking action.” Even in Intro to Community Health, it’s the same thing, I wrote a policy note to the mayor — it’s so applicable to life. So just having that difference of not being here to learn for just me, but taking and doing something with it the next week is very different. It’s been amazing, honestly.

Have you connected with professors in office hours?

At my old institution, there was a stigma around going to office hours — people thought you weren't as smart. So when I got here, it took me a while to realize that people go just to say hi to professors (I didn’t think it was real!) The first one I went to was with Professor Woodin who teaches Principles of Epidemiology (CH 34/ CEE 154) — that was a hard class, there were grad students in that class — it was my first semester here, and I think I’ll just go, I’ll say hi to him and there’s like a line of 10 people out of his little tiny office door! I realized, “Oh this is good, they like it when you go.” So learning that it’s really fine. Some of the best things that have helped me out is when our professor required us to meet with her one-on-one two to three times a semester, which can be really difficult to initiate as a student, but she forced us to do it and now we talk all the time. We talk about Harry Potter because I’m reading the books  —  and she loves them  —  and she’s probably going to help supervise my thesis. So either going or having a teacher force you to go is helpful! It’s actually even easier now over Zoom, it makes it convenient.

What activities are you involved in?

This is another reason I didn’t fit in at my old school. Every club there is very exclusive and high intensity, I was like where is the baking club, but it didn’t exist. I wasn’t really involved, but then I got here and I did the student fair... They had a dog walking club (Animal Aid)  —  I loved that and it’s been the best  — and they had a lot to do with children and education, which can take up more time. So I’m involved with Junior Jumbos where you get matched with a preschooler for the rest of your time at Tufts. I would go every Thursday morning and we do story time and snacks and they absolutely adored every Tufts student who comes. It’s just great that you can walk twenty minutes and have the real world out there - you will see a kid from Thursdays with their dad in Davis Square. The influence that Tufts has in the community is amazing. Now I’m thinking about doing research in the community and my professors are connected with so many schools and groups in the community.

Any words of wisdom for the application process and beyond?

Listen to others but don’t take their word as absolute. Literally every single person (except my boyfriend) told me not to transfer. You’ll never know what could have been if you don’t do it.

A lot more people transfer than you think. It can feel so stigmatized, like “you did it wrong the first time,” but you haven’t been to that school before, so you wouldn’t know.

Once you get to the school, talk to everyone and anyone. Try everything. Do language classes like Tait says, they’re wonderful. I moved out here in Fall 2019 and it was very different. I grew up in Maryland and just drove to my old school in an hour - so it was definitely hard. It’s like another freshman year, even further from home, even harder than your first freshman year. Don’t be afraid of the question, “What year are you?” That was my go-to question. Even today, being a transfer is part of my identity as Tufts student. I’ll always insert that and say “I’m a junior but I transferred.”

Right, because you have this experience or perspective outside of Tufts too?

Yeah. A lot of people I know also do that, I’m not ashamed of it. I don’t know why I do that or what I expect them to say to that, but I always tell them [that I transferred]. I love sharing my story. 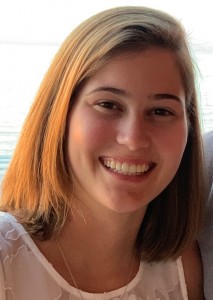 Thank you for reading and thank you to Olivia for sharing your story! We'll be back with an interview with Artem, who shares his experience transferring from community college.

About the Author
Posted In
Transfers
Related Articles

An Introduction to My Experience as a Transfer Applicant

I am Cristina, a junior studying Human Factors Engineering, here at Tufts University. I was born in Arequipa, Peru but lived…

Imagine waking up to one of the many blaring alarms you have set throughout the week. A typical Tuesday.

The day begins as hectic as it sounds…

The Beginning of a Typical Wednesday

I’ve noticed that for us as storytellers, there is a tendency to unravel a story and then, just then, make those bits and pieces come together. However…