I can’t say I was particularly surprised when the What Major Are You quiz told me I should have been an Engineer.  I often find myself disassembling and reassembling everyday objects to better understand how they function, I wholeheartedly believe my Introduction to Computer Science course changed my life, and I love watching a project move from idea to existence.  Academically I found myself more interested in the humanities side of how things work, hence my double major in Political Science and Philosophy, but personally I still found myself being drawn towards the act of creation.

One of my favorite things to do is stroll through a farmers market, find an ingredient that looks just right, and plan an entire meal around it.  It may not be the same as developing an artificial brain or designing roller coasters, but knowing the exact flavor composition of zucchini means that I can craft a meal that combines sautéed zucchini with couscous, feta, tomatoes, and cumin and be confident that it’ll be delicious, no recipe needed. It’s this same understanding of base properties that unifies cooks, engineers, and interestingly arts and crafts hobbyists. The people of Etsy and Pinterest use both their creative ability and technical understanding of countless materials to not only see what an item is, but what it could be. I decided that I would use this summer to gain that understanding as well.

It all began with a pretty simple project: framing four matching prints. I couldn’t seem to find frames that I liked so instead I settled on washi tape, a sort of masking tape alternative that comes in a variety of pretty patterns and nice colors.  The framing isn’t great, but it’s definitely functional.

The second project really came out of the first. After googling “what to do with leftover washi tape” I decided I liked the quick but impactful light switch faceplate option.  I unscrewed my faceplate, covered it with washi tape, messed it up only a little bit, and put it back. Voila! 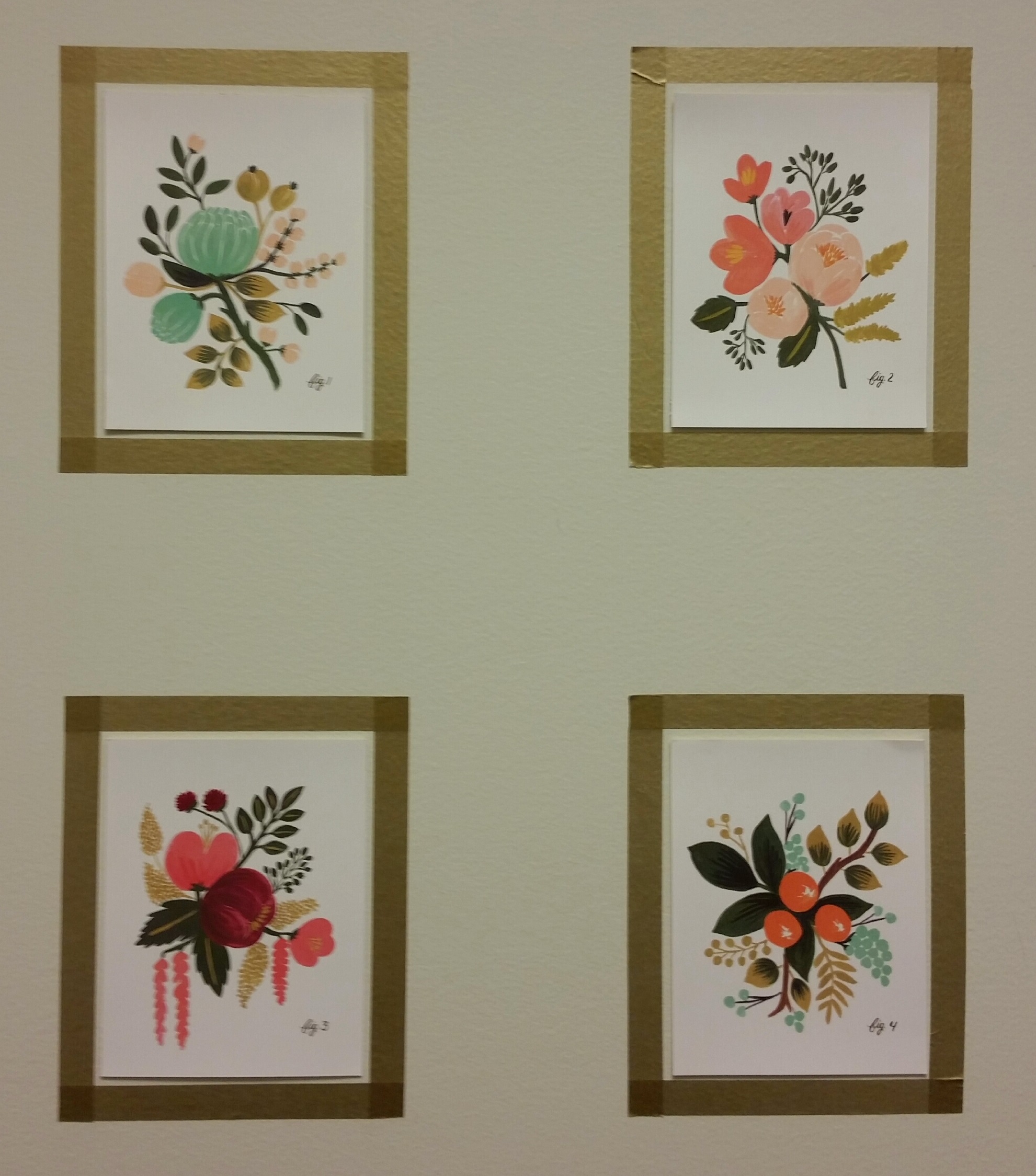 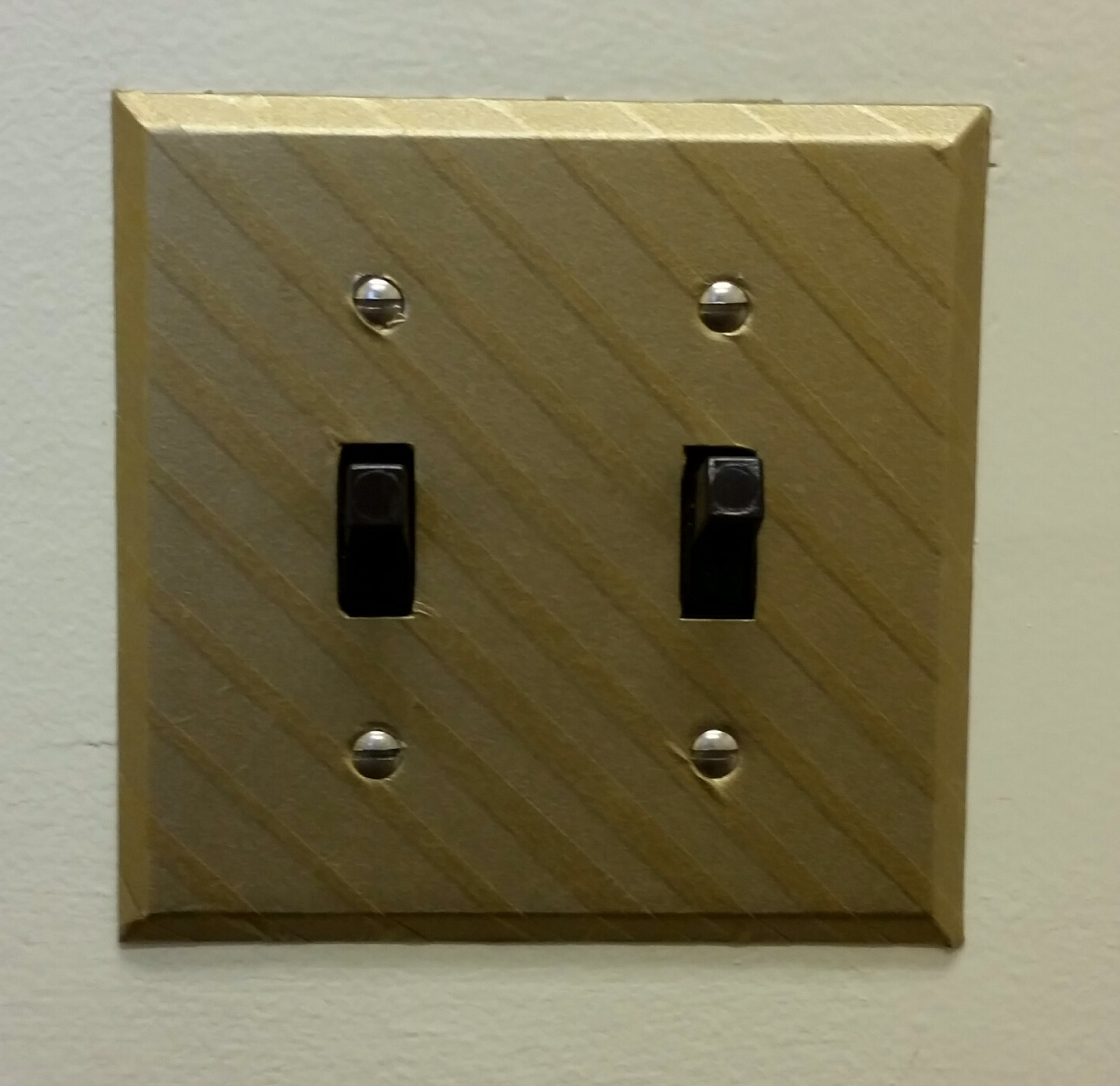 Feeling like I was on a roll, I decided to keep going, this time with something a little bit bigger. I had found some beautiful fabric while I was in Sweden this summer and decided that despite not knowing anything about fabric, I would fashion myself a pillow.  Turns out it’s not that difficult! After spending a half hour sewing two rectangles together, regularly stabbing myself in the finger with the needle, and stuffing it with pillow stuffing, I considered it complete. The stitching is a little shaky on the side where I stuffed it, but I figure it’s these little eccentricities that showcase the fact that it’s hand made. 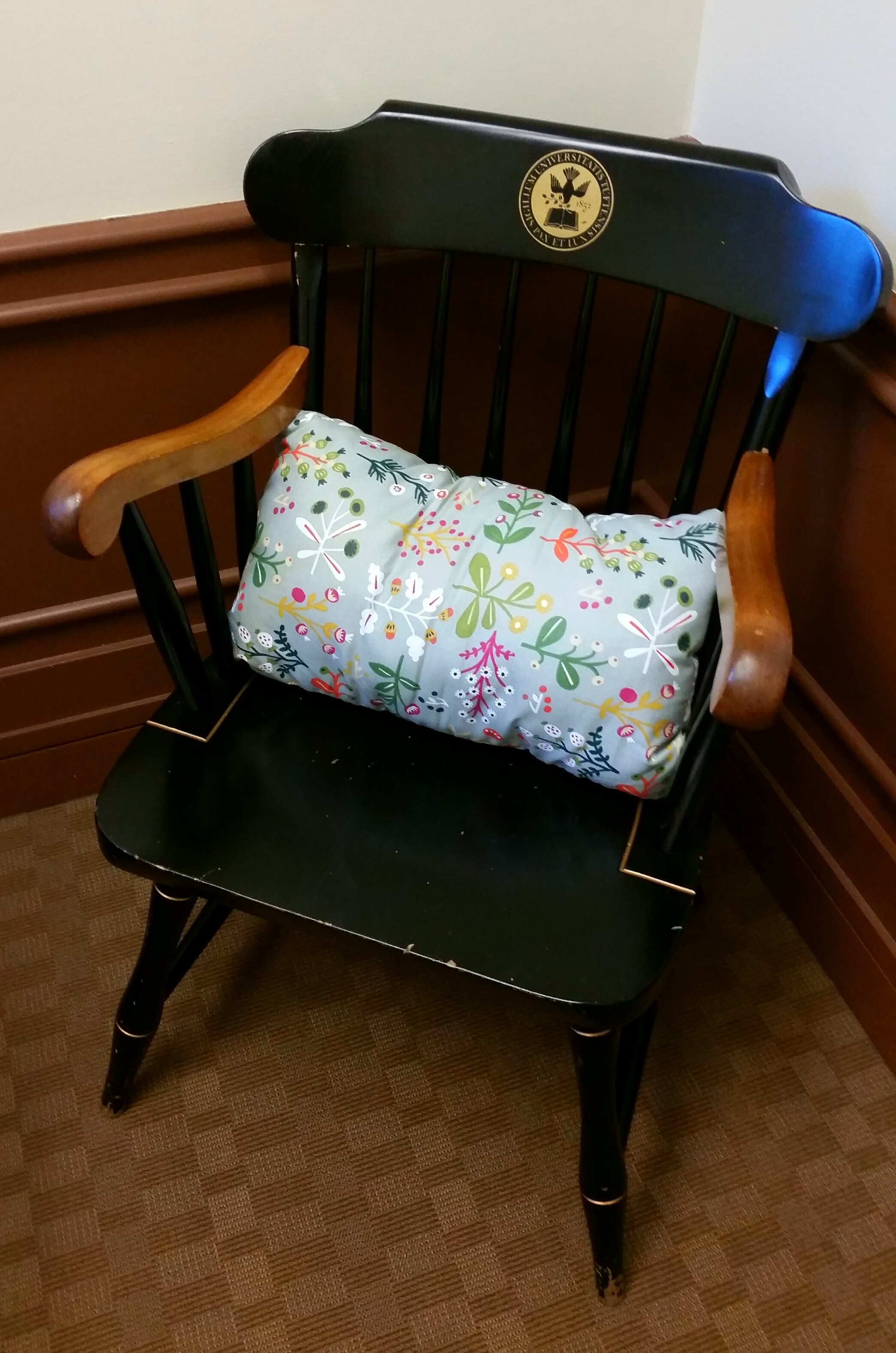 My last project was by far the biggest and the one I was least prepared for.  I had seen some yarn art on Etsy celebrating people’s home states and decided that instead of buying something like that, I would make it instead. I mentioned it around the office and one of my coworkers offered me a piece of unused wood from his basement (reclaimed wood!) which I gladly took him up on.  Three days of sanding and two days of staining later it was ready.  I printed out a stencil online, hammered in the nails, ran out of nails, went back to the store, continued hammering in the nails, and carefully wrapped the yarn.  Isn't he cute? 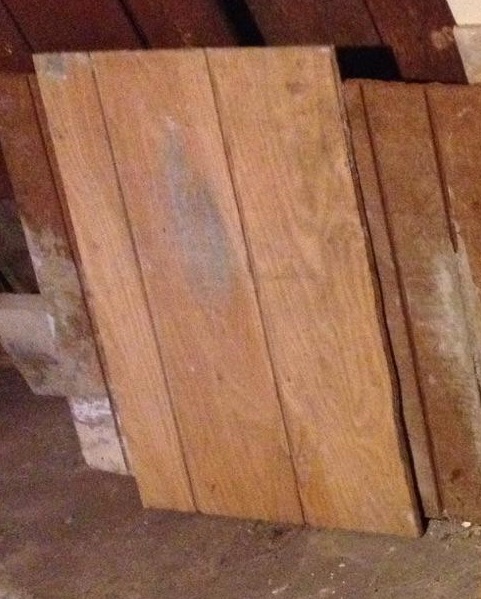 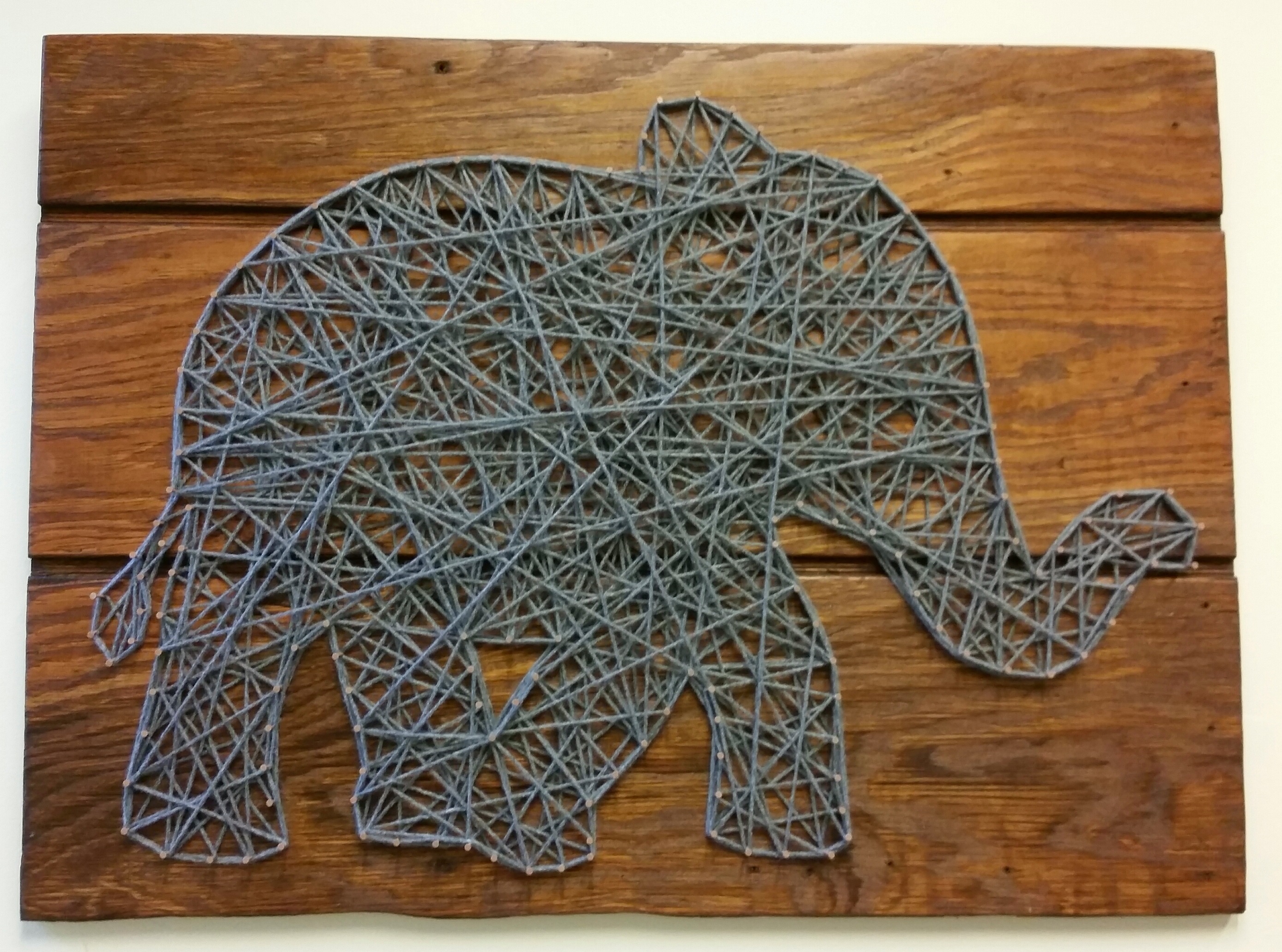 Before these few weeks of DIY-mania, I knew nothing about washi tape, wood working, stencil printing, or pillow creating, but now, through a combination of friends, mistakes, and Google, I do. As much as I love my new projects, and I do, what I love more is the confidence I’ve gained to be able to look beyond a piece’s current state (abandoned chair backings) and see it for what it could be (shelves!), and know that I can help it get there. 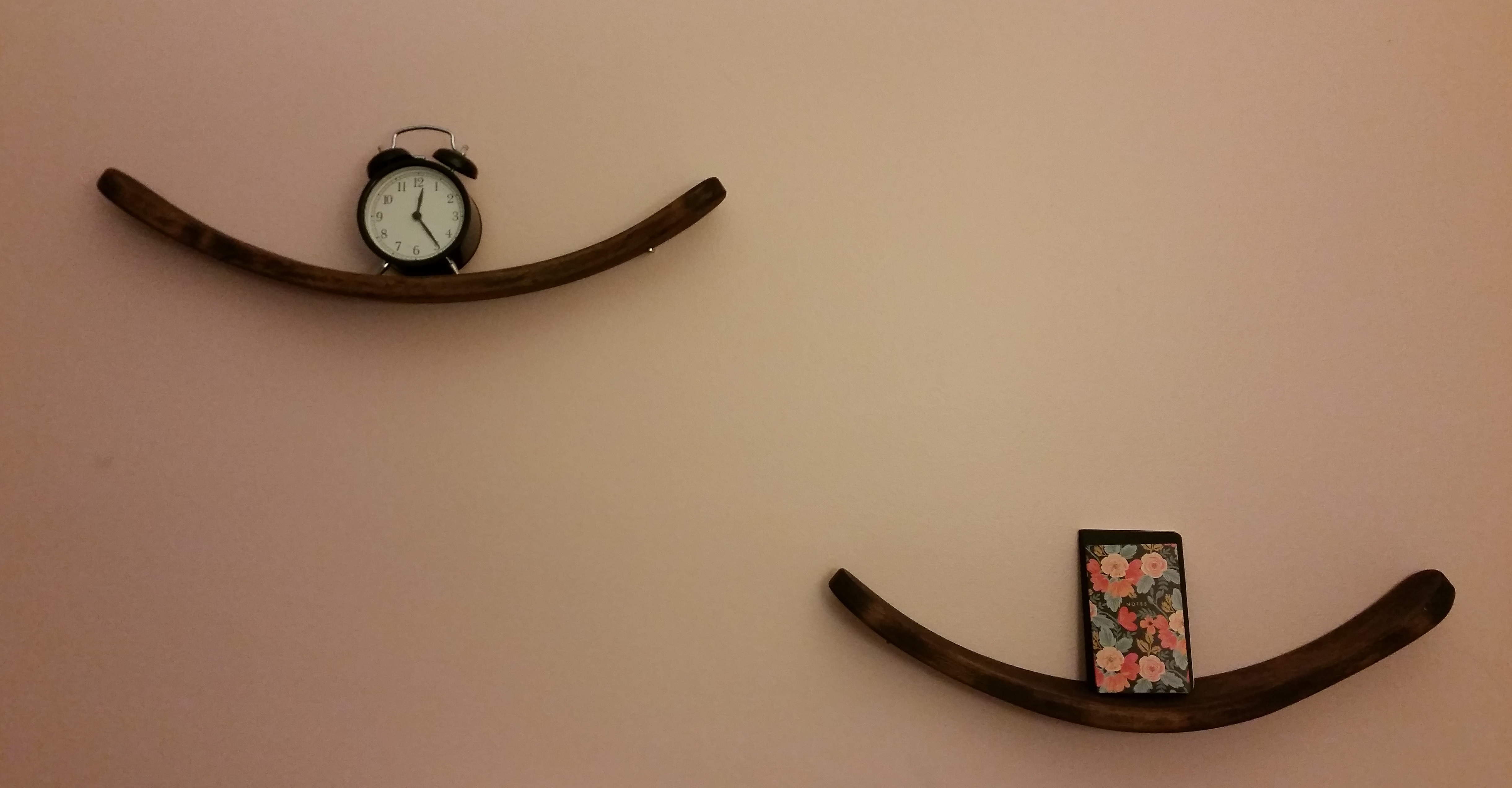