I know, I know—you haven't even picked a college yet and we're talking about what happens after you graduate?! But it's important to know that you'll not only have a great four years here at Tufts; you'll also be prepared for success in whatever field you choose after graduation. Tufts students use the knowledge they gain here in order to positively impact the world: as civil engineers, visual artists, computer scientists, physicians, and journalists.

First, take a look at what a recent class has gotten up to in their first year post-graduation. 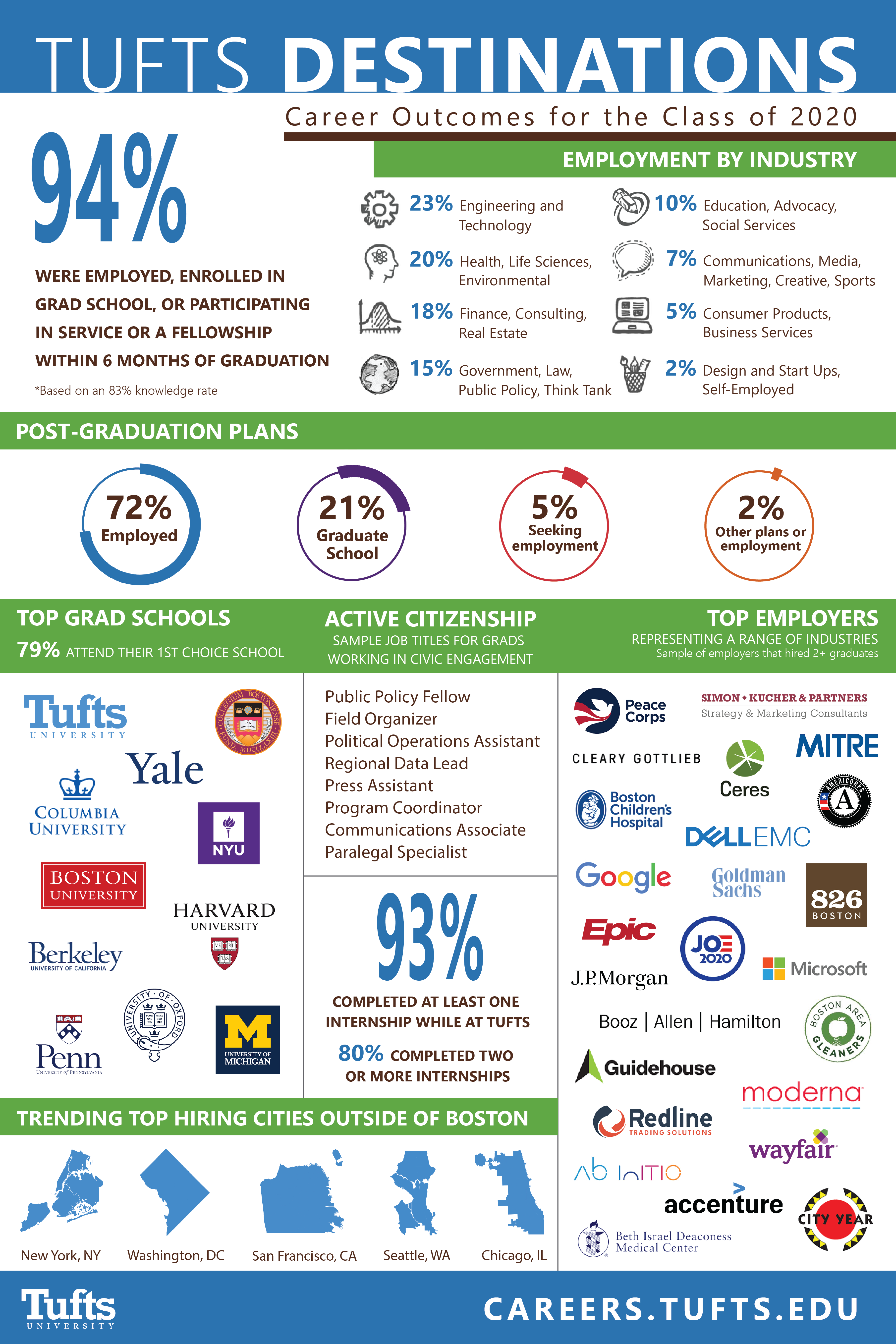 Next, check out these profiles of alumni, grouped by major.

Elliot Ackerman '03 is a decorated veteran whose fiction and essays have appeared in The New Yorker and The Atlantic. He studied English and History at Tufts before going on to earn his master's in International Affairs from the Fletcher School of Law and Diplomacy.

Allie Bohm '07 is a former Advocacy & Policy Strategist at the American Civil Liberties Union who has devoted her burgeoning career to bridging differences. She has worked to push for legislation that protects the location and communication privacy of everyday citizens and was particularly influential in electronic privacy legislation in Montana, Maine, and Utah.