If someone were to ask me to pinpoint the moment I realized I might want to be an engineer, I would say it was one lazy Sunday afternoon some nine years ago.

Growing up, I was a fan of Formula 1 racing (it’s like NASCAR with faster cars and twisty tracks, for anyone who’s unfamiliar). I would religiously set aside every Sunday afternoon to watch a telecast of the races – anyone who called me at the time of the race would get a polite request to call back later, and when the F1 circus came to my part of the world, I would happily skip school and take a 3 hour flight to watch the races with my family. 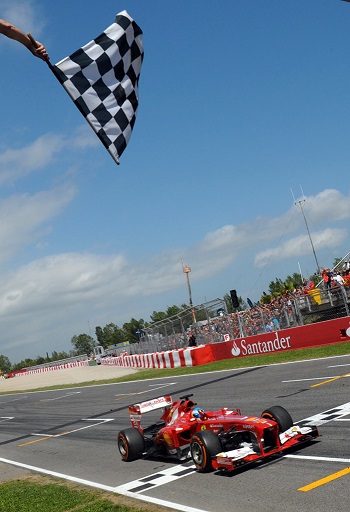 At this the highest tier of motor racing, cars raced at 200mph under extreme accelerations and G-forces. Back then, I had nothing more than a rudimentary grasp of the engineering that went into the design of such a car. I only understood that it was very fast, very strong, and very, very complicated to drive – the race cars resembled jets, the steering wheel itself was like a miniaturized space shuttle control panel.

But what really awed me wasn’t the massive engines or the sleek aerodynamics that went into the design of F1 race cars. Rather, it was a random shot of the pit wall, or the station where technicians monitored the condition of the cars during a race. A bunch of engineers sat in front of huge display screens, parsing a constant stream of data that was being transmitted by the race cars from miles away down the track. 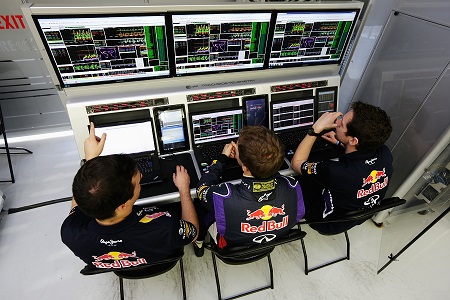 And the most impressive bit? This continuous stream of telemetry allows these engineers to monitor every single microscopic aspect of these complex racing cars with such speed and precision that their decisions would often determine who’s winning and who’s losing. This data let engineers predict exactly when the brakes of the car would fail, or the precise time at which the fuel would run out – vital information for deciding race strategies and taking split-second action to avoid disaster.

These engineers could pretty much singlehandedly control the race using only a steady stream of ones and zeros.

It was a revelation – the fact that engineers could design something as powerful and as complex as a Formula 1 race car and have such finely tuned control over so many aspects of it. It made me wonder if in that mystical, faraway time in the future When I Grow Up, I could learn to do the same.

But for me, this realization didn’t quite become an unwavering ambition to become an engineer one day. This irked me as a child because when all my friends had a clear idea of what they wanted to do as adults, I only had vague plans of doing something math/science/technology-related. Thus, my response to the all-important and unavoidable question about career plans was always a mix of vague shrugs, some waffling about “going to college abroad”, and a hasty diversion. 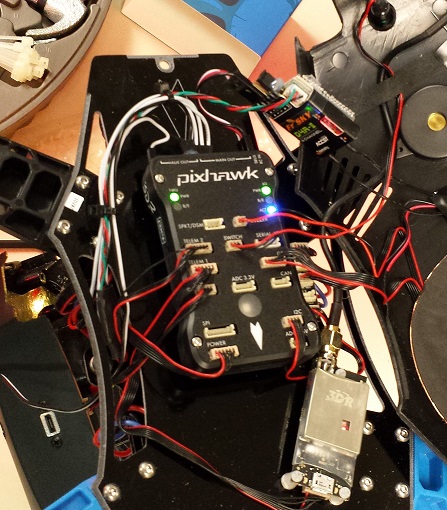 After years of deliberation, along with some spur-of-the-moment decisions, I’m now almost halfway through an electrical engineering degree. A few days ago, I was disassembling a drone for a robotics project, and the first thing that caught my eye in the guts of the machine was the telemetry unit. It instantly transported me back to those Sunday afternoons spent marvelling at race cars and wondering how engineers decoded all those data streams.

In hindsight, I suppose it shouldn’t be surprising that I ended up going down the engineering route. But we all know what they say about hindsight.

About the Author
Posted In
Women in Engineering
Related Articles

At least three times during the week, I have a small crisis over whether I’ve chosen the right major for me. People often cite chemical engineering as…