Staying on campus over winter break

When we were one week away from Christmas, people started to pack up. Slowly, the campus became emptier, while students finished their last final and went back home. However, after my last exam on December 21st, my clothes remained where they were; my backpack was still empty; I was not going back.

As expected, it is harder for an international student to go back. My plan was to stay, catch up with some personal projects and start studying for next semester. I tried but was not able to find a job. However, I was most worried about food. The last dining hall to close would be Carmichael Hall, in the afternoon of December 23rd. After that, Dewick (another dining hall) would open only in the first week of January, but only for breakfast and lunch.

Before coming to the US, my mom (shoutout to her!) taught me a bit about cooking. So my plan was to cook during the break. I agreed with Duc, a friend who was also staying, to share our meals expenses, so we went to the supermarket together.

Initially, we were very lost in the supermarket. We could not find anything, and I was calling my parents every five minutes. At the first time, we bought food enough for four days, since we had both the common kitchen’s and Duc’s roommate’s fridges to use. After a while, we learned what and how much we actually needed, so every time we bought food that lasted longer but spending less.

Check out one of our meals (lettuce, pasta (this one was probably of chicken with bacon) and tomato sauce with ham): 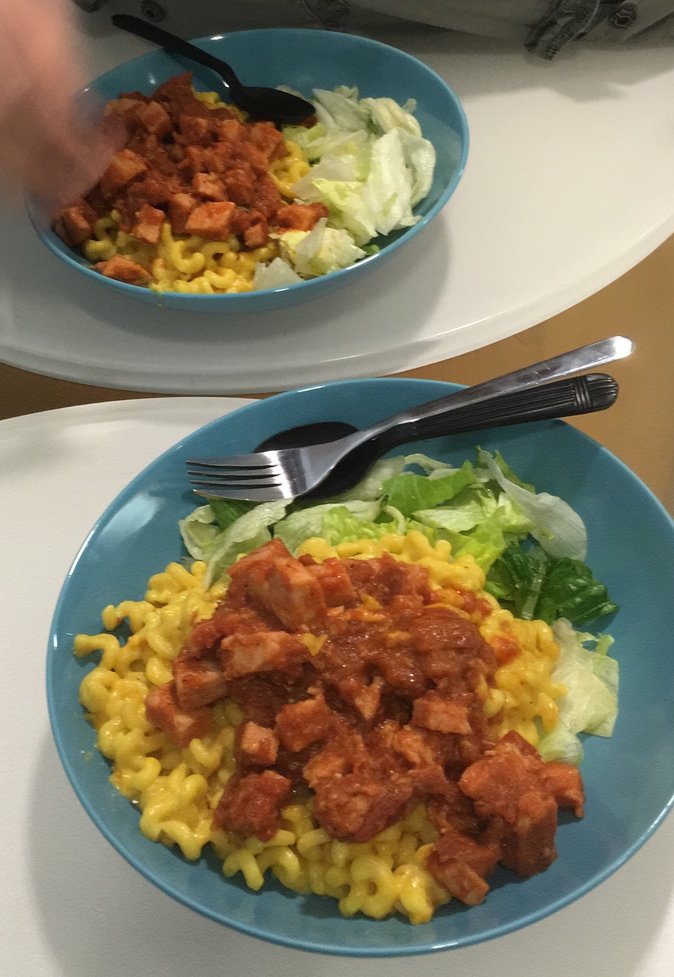 To make things even better, Duc and I got an email of acceptance into a robotics job! We would work in January in the Tufts Center for Engineering Education and Outreach (CEEO). That was an amazing experience. In the first day, we and our coworkers (many of which were also international students staying over the winter) were showed many projects CEEO needed. We had to pick one to work on, so Duc and I picked the same. We worked on developing a web-based IDE (integrated development environment), that can be hosted by an LEGO Mindstorms EV3 brick, to code that same brick in Python.

When the dining halls opened for good on January 18th, it was relieving to not have to worry about cooking anymore (at least for the next few months). But it was also very rewarding to see that we were able to take care of ourselves without needing someone else right next to us.