On move-in day, first-year students arrive with suitcases (or car trunks) full of their belongings, ready to inhabit a room and make it their own. Residence halls and rooms are important—they'll be a space (both literally and figuratively) for you to grow, forming some of your first relationships here at Tufts.

Tufts students live in one of ten residence halls on the Medford/Somerville campus. The vast majority of students are in first-year-only halls, where they are supported by a First-Year Advisor. Most students live in doubles (and you'll have the chance to indicate your preferences later in the summer).

This playlist takes you INSIDE of the residence halls, inside of the actual rooms, with actual students! 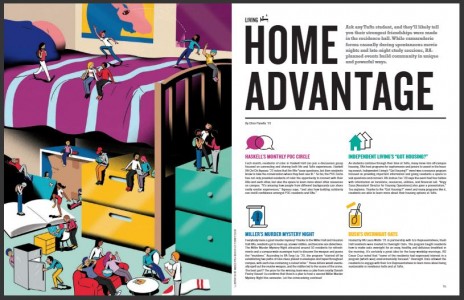 Read the spread below about how roommates learned from one another: 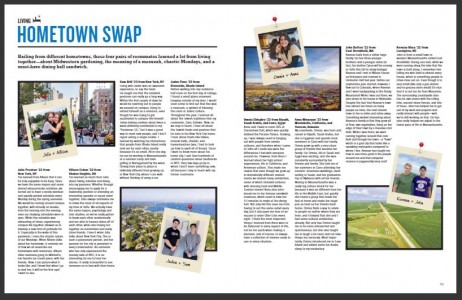 And below, two pairs of roommates share insights on having roommates: 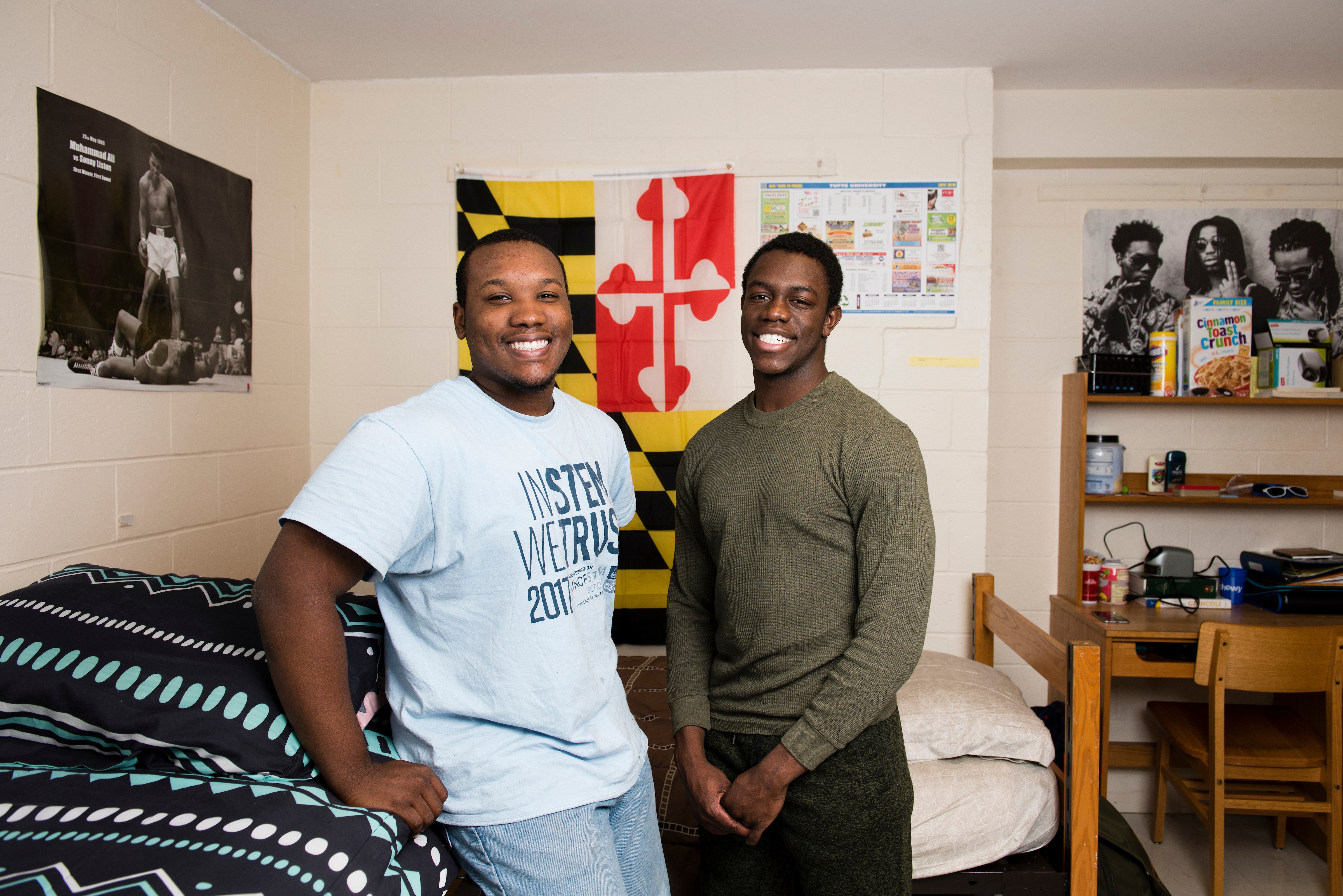 “We actually met at Jumbo Days but what brought us
together the most was the Students’ Quest for Unity
in the African Diaspora (SQUAD) pre-orientation program. Being able to share those memories and
knowing that I have not just a friend, but also a
brother on campus means the world to me. My hope
is that the future generations of Jumbos will one day
be able to say the same.” 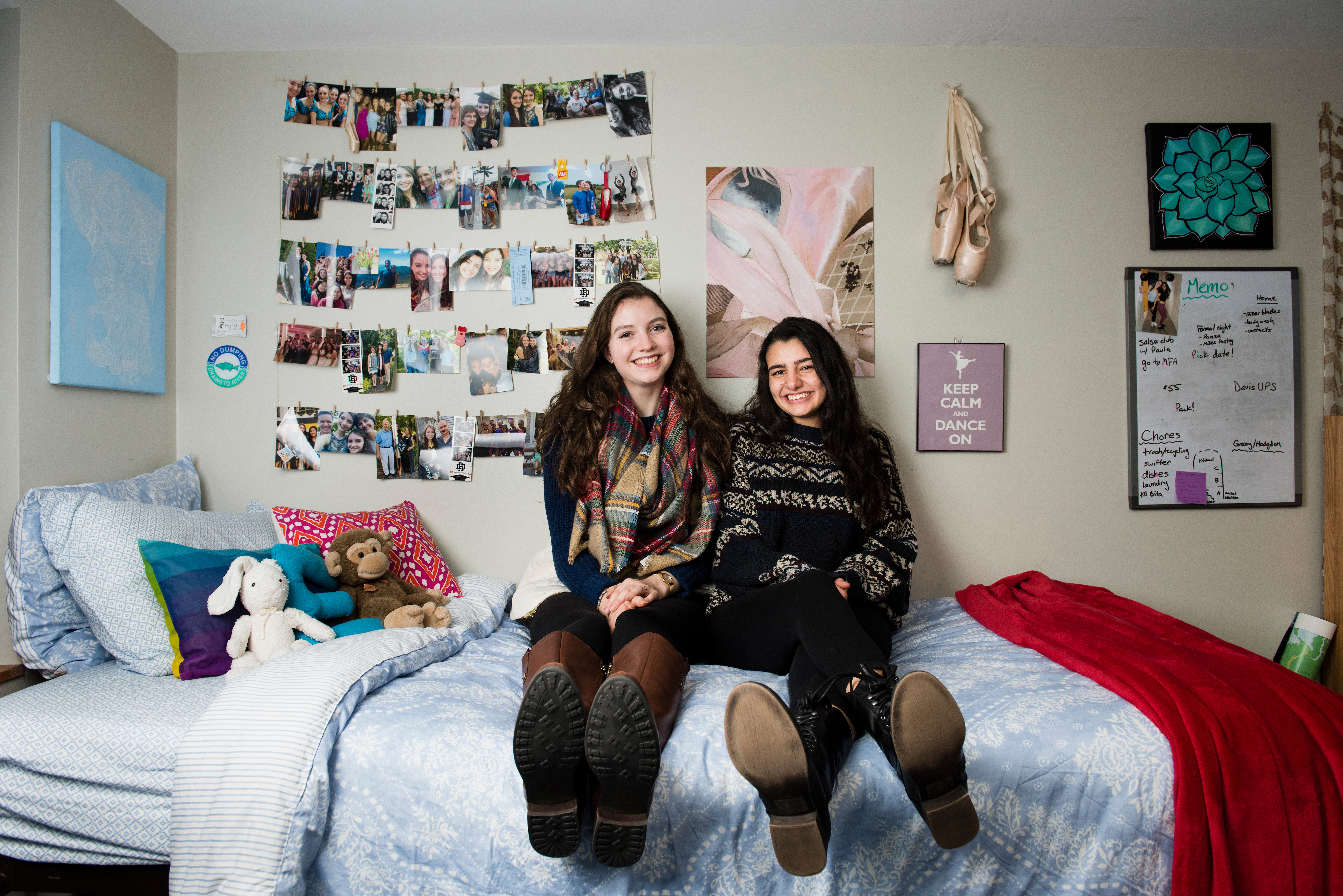 “We think alike, handle stress in a similar way, and
can relate to each other’s problems, even though
we come from very different environments. Because
we aren’t exactly the same, we’re still able to learn
from each other. Our favorite part of being roommates
is that we get to know each other more and
more every day.”